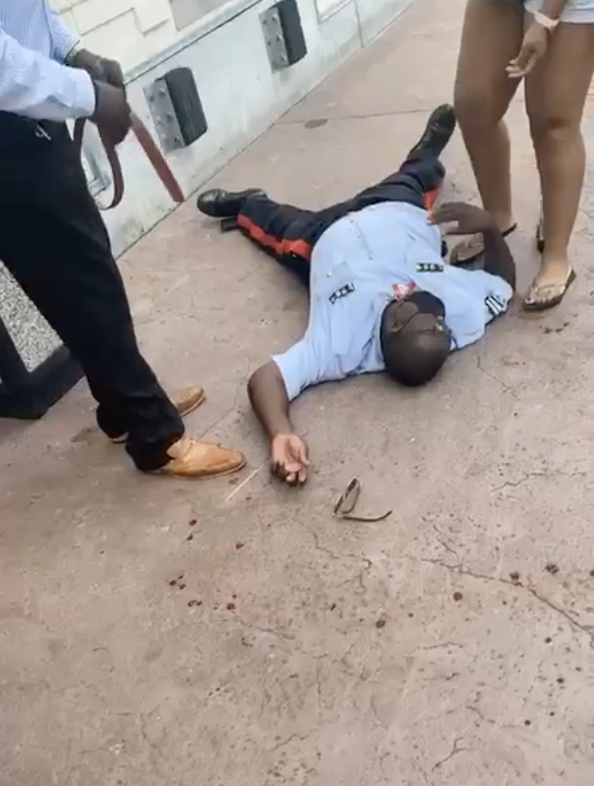 A still taken from video that shows the wounded police officer shortly after the incident.

NASSAU, BAHAMAS  — A police was shot while on duty at the Linden Pindling International Airport as he attempted to assist a business in making a bank deposit drop, according to reports.

Police said the officer was approached by a gunman who shot him before making his escape shortly after 5pm.

A video of the officer lying on the ground conscious just minutes after being shot is been circulated around social media.

In the video, several civilians move to help the officer, while one calls for assistance.

The officer can be heard saying that he was shot in the hand.

According to police, he was taken to the hospital where he was listed in stable condition.

It is unclear whether the suspects took off with any amount of money.

Police advised that one man has been taken into custody and another suspect is being sought in connection to this incident.

The matter remains under active investigation.

When are we going to come up with some new gun laws? There are gunshots almost every night over the hill. Where are they getting
the guns, if you check most have never been out of the Bahamas.