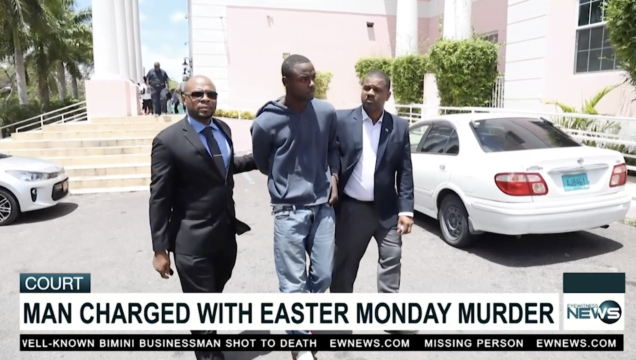 NASSAU, BAHAMAS – Chaos between relatives erupted outside of the magistrate court on Monday, when 21-year-old Chadwick Capron, also known as ‘Oldie’, was charged with the murder of Brian Smith.

Smith was murdered on Easter Monday, April 22, 2019, when he was shot on Forster Street in Chippingham.

Capron, a resident of McQuay Street, appeared in court yesterday before Magistrate Kara Deveaux-Turnquest, and was charged with Smith’s murder.

Before court proceedings got underway yesterday, Capron pleaded to his mother that he was innocent, but his mother implored him to tell the judge who was responsible.

Capron was not required to enter a plea, and was remanded to The Bahamas Department of Correctional Services until May 30, 2019 for a fast-tracked voluntary bill of indictment.