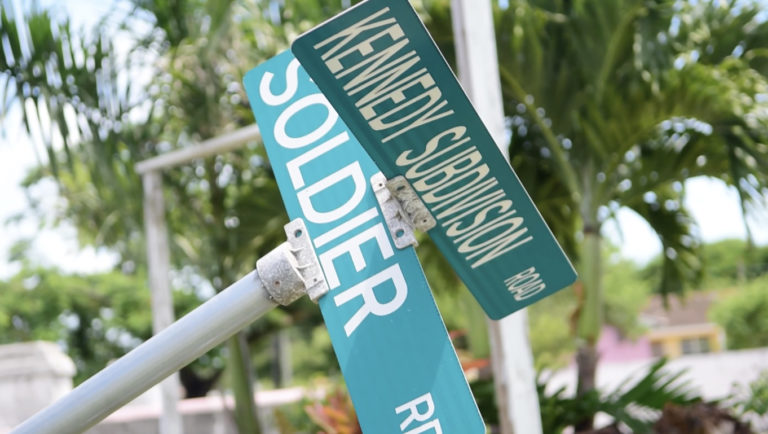 A downed street sign in Kennedy Subdivision where murder happened

The man shot killed in the Kennedy Subdivision Tuesday night has been identified as 23-year-old Tarino Bevan White of Willow Tree Street .

White, according to police, was sitting in a vehicle near a bar in the area, when he was approached by a group of men, one of them armed with a handgun.

White was transported to hospital where police said he later died.