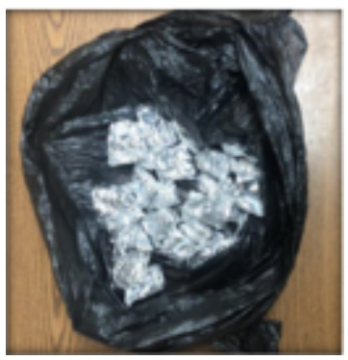 NASSAU, BAHAMAS – Police, in New Providence arrested a male on Monday for possession of dangerous drugs.

According to police reports, shortly before 2:00 p.m. on Monday, officers from the Central Detective Unit, while on routine patrols on Ragged Island Street, conducted a search of a male and uncovered 27 packages of marijuana.

The male is expected to appear in court later this week to be formally charged.