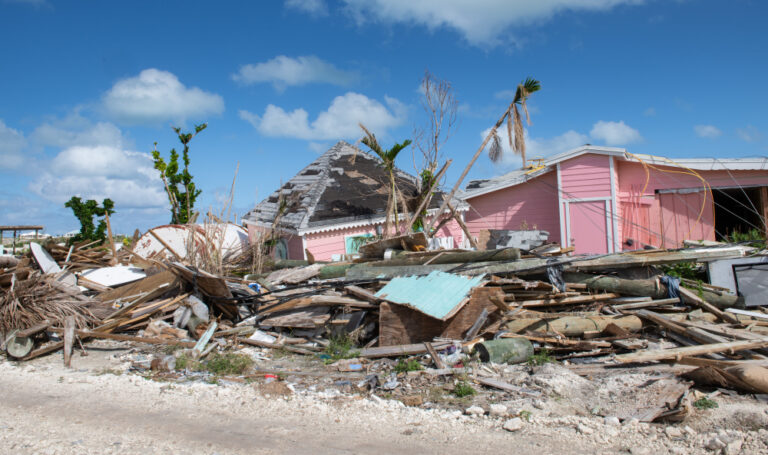 Destruction from hurricane Dorian showing debris and structural damage to buildings and trees in Marsh Harbour, Abaco on November 10, 2019.

NASSAU, BAHAMAS — The Abaco Chamber of Commerce remains adamant in its position that the Hurricane Dorian ravaged island should be receive at least a two-year extension to the Special Economic Recovery Zone (SERZ) Order to make up for the COVID-19 pandemic’s disruption of rebuild efforts.

Daphne Degregory-Miaoulis, the acting president of the Abaco Chamber, spoke on the sidelines of a Bahamas Chamber of Commerce and Employers Confederation (BCCEC) Power Breakfast.

“Now the supply chain is loosening up and starting to be a bit clear although you still have to wait months to get supplies. I think we should be getting the additional two years to make up for what we lost. It’s just way too difficult for suppliers and for persons who couldn’t manage to get their goods in. It’s not fair.”

The government in late 2019 declared the Abacos and the island of Grand Bahama Special Economic Recovery Zones to provide businesses and homeowners in the areas impacted by the deadly Category 5 Hurricane Dorian with a number of tax breaks and concessions. Under the SERZ order, value-added tax (VAT), import duty, and excise tax were eliminated on construction materials and all other physical goods sold and brought into the zones; discounts were offered on the VAT payable on the sale of real property for transactions valued up to $500,000, and exemptions were instated for import taxes on replacement vehicles.

Degregory-Miaoulis also noted that the island remains challenged by a housing shortage.

“I understand that the government has a housing initiative for the civil servants first and foremost, many of whom are living in trailers. The lack of living accommodations for on the island is a major challenge. The psychological impact of all of this is also an area not being addressed,” she said, while also expressing concern over the number f derelict buildings on the island.

“There are some issues of probate, families not being able to afford to deal with them but really and truly in these cases central government needs to come in and say this is unacceptable and clear it. All that debris is only going to cause further damage,” she said.