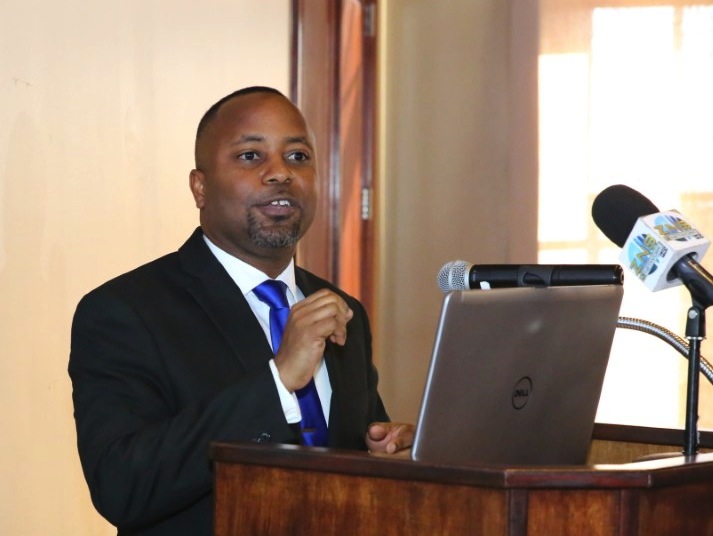 State Minister for Grand Bahama Kwasi Thompson confirmed Monday, that negotiations for the rebirth of the Grand Lucayan and Ginn sur mer developments, are near completion.

In addition to those two projects, which are on tap for East and West Grand Bahama respectively, Thompson also revealed that negotiations are afoot for the sale of the abandoned Princess Hotel.

While Grand Bahama has suffered a prolonged economic lull for well over a decade, Senator Thompson told Eyewitness News, that a number of major and small-scale projects will soon remedy that.

“The government is continuing on a daily basis, to negotiate the heads of agreement (HOA) for the Grand Lucayan deal with Paul Wynn of the Toronto-based Wynn Group,” Thompson shared.

“We are nearing the end of that process. It’s not quite completed yet, but once it’s done it will open the door for that project to be renovated and also for persons to be reemployed once its open.

“We are also actively renegotiating the Ginn development deal for West End. That matter has been approved in principal by the government, which leads us to now negotiate an HOA. I can confirm that this stage is now in progress.”

According to Thompson, the government expects both projects to provide nearly 1,000 employment opportunities for Grand Bahamians.

“We expect that within the first year of operation, the Ginn development will employ about 200 people,” he noted.

“Once the Grand Lucayan is opened there will be anywhere between 600-700 persons employed.”

He was however, unable to give a specific timeline for when the projects will be finalized.

“I can tell you that while we are working on these larger projects, there are a lot of other smaller projects on track to generate employment on the island,” he said.

“Recent employment statistics show that Grand Bahama has experienced a decline in unemployment. While it’s only a small degree, it has decreased and we have witnessed more than 1,000 persons being employed on that island since we took office. This is encouraging news.”

The senator admitted that, “While this is encouraging news, we know that there is more work to be done.

“We are also engaged in discussions for the sale of the Princess Hotel. We believe that once we are able to secure that sale, the new owners will develop the abandoned property as well as the adjacent International Bazaar.”

Thompson confirmed that the government is working daily to, “ensure that we follow through with all items on our agenda, working until the entire economy of Grand Bahama is fixed.”

Despite his assertions, former Minister of Grand Bahama Dr. Michael Darville told Eyewitness News, that the government is not working fast enough.

“Since May 2017, when the Free National Movement (FNM) took office, they had a lot of big talk about what they were going to do with Grand Bahama, but everything remains at a standstill. The reality is that nothing is happening on the ground and many people are suffering,” said Dr. Darville.

“I’m very concerned that if the government does not move quickly and find an economic model to inject real capital on the ground in Grand Bahama, it will be virtually impossible to revamp the island.”

Dr. Darville said the government needs to focus on revitalizing the small business sector on the island.

He lamented that while he was in power, he had the opportunity to look at a document which outlined the effects of the devastating hurricanes that hit Grand Bahama, which indicated that it would take some 12 – 15 years for the island to recuperate.

“The studies are clear,” he said. “If you do not pump capital into small and medium sized business on the island, and really help the ‘mom and pop’ shops, it will take twice as long for the economy to bounce back.

“The government has to come up with an economic injection plan to pump some real money into Grand Bahama. In about one month, the new budget will be released and I’m waiting to see what their plans are. But in their first year in office, nothing has happened.”