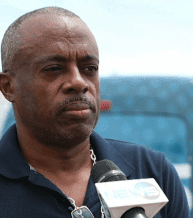 NASSAU, BAHAMAS – With an increase in air accidents, of which some have been fatal, over the past 10 years, Air Accident and Investigation Department (AAID) Chief Investigator Delvin Major has suggested that many of the incidents were the result of pilot error and could have possibility been avoided.

“With most of the cases you find that it was attributed to pilots not understanding our airspace or the dynamics of flying over water and flying over The Bahamas, so in most of those incidents there really isn’t anything we can recommend,” Major told Eyewitness News Online.

Without speaking to a specific case, Major indicated that in a number of cases the pilots did not fully appraise themselves of the regulations and protocols which exist to govern what should occur before, during and after a flight.

He said, “..But, for some reason they did not do it, so in those instances there is really nothing you can learn from those other than the fact that: say they didn’t get a weather briefing or familiarity of where they were going into, and you came into or got caught up in some unfortunate event.”

Major returned from Florida on Saturday.

He was a part of the team investigating the helicopter crash that killed seven Americans on July 4th.

Among the victims were billionaire Chris Cline.

The aircraft crashed into waters shortly after take-off near Walker’s Cay, Abaco.

Major and other investigators were able to collect critical debris from the site which is expected be sent to various manufactures for further analysis before a final report on the crash is completed.

The latest crash follows an aviation incident involving Bahamian Pilot Byron Ferguson, who was never found after his plane went down in waters near the Nirvana Beach last November.

A report by the AAID into that incident, concluded that the pilot was operating a commercial flight in breach of his private pilot license, a practice otherwise known as hacking.

Major added, “For the most part, a lot of incidents that we investigate ends up with safety recommendations and once they have been sent to the appropriate authority to correct, in many cases they have been corrected.”