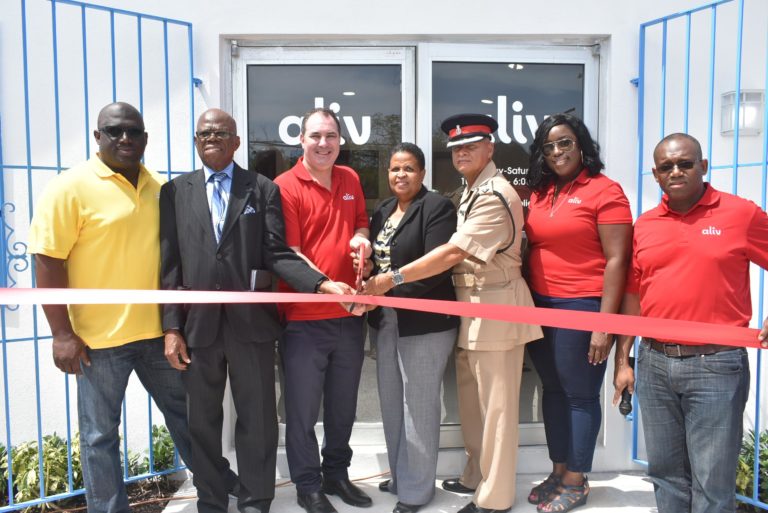 In keeping with its mandate to provide coverage throughout the entire archipelago, the country’s newest telecoms provider – ALIV – added Long Island to its list of Family Island operations.

The company rolled out its network to locals at its brand-new Deadman’s Cay location, which officially opened its doors to the public Friday.

“I’m the kind of guy who does not let people down and anybody using the ALIV network in Long Island and comparing it with the ALIV network in all the other islands, will agree with me, that it’s the same,” said Blackburn at a cocktail launch held Thursday.

“We make good on our promises and I promised you the last time I was in Long Island that we will be in your community and support your initiatives, and we will also make good on that,” he said. “To the ALIV team here on the ground and those not here, I want to say well done, it’s an incredible achievement to launch on another island.”

Long Island’s Administrator Cleola Pinder, who brought remarks on behalf of Long Island Member of Parliament (MP) Adrian Gibson, shared sentiments of joy and appreciation for what ALIV has offered to residents there and what ALIV plans to do in the future.

“We are very happy and pleased to have ALIV here in Long Island because we certainly can use all of the economic benefits and those who are currently now employed will agree with me,” said Pinder.

“Any business that we have here on the island we should embrace. So, we thank ALIV for being here and for a number of the things they intend to do while here, namely assisting backyard farming. ALIV thank you so very much once again.”

ALIV currently has retail stores and authorized dealers on the islands of New Providence, Grand Bahama, Abaco, Eleuthera, Bimini, Andros, Exuma, and San Salvador, with a total of 200 towers throughout these islands.

ALIV subscribers can use their devices throughout the country via national roaming.

The company said it hopes to launch on all Family Islands by mid-summer 2018.