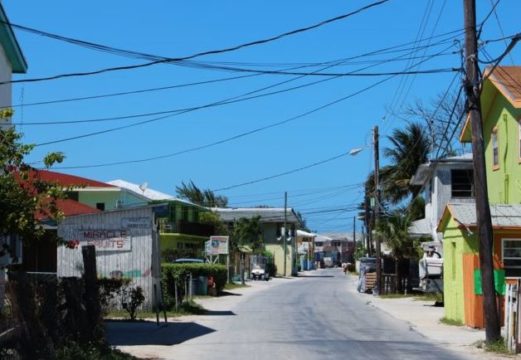 The lockdown will begin at 9pm on Monday, May 19, and end at midnight on May 30.

The entire country is currently under 24-hour curfew, with weekend lockdowns each Friday at 9pm.

Minnis said the measure was “absolutely necessary” to slow and control the community spread of the COVID-19 of the island.

“A lockdown like this is not something that would have been preferred, but it is absolutely necessary because things will get worse of Bimini if we don’t take this strong measure immediately,” Minnis said during a broadcasted address.

“Had it not been for the weather we are experiencing now, the lockdown would have [initiated] sooner.”

He continued: “This May date will be extended for a total of 14 days and this extension will occur as we return to Parliament.

He added: “This measure is absolutely neceesary in order to save and protect the lives of the residents of Bimini.”

Two additional cases of the virus were confirmed on Bimini today, Minnis said.

This brings the cases on the small island up to 13 — the largest number of confirmed cases outside New Providence.

Minnis said the spread will increase if strict adherence to the measures and shelter-in-place is not adhered to.

The prime minister assured residents that there will be sufficient food and medicine for all, and various measures were being taken to ensure safety of workers and residents, including additional police on the island.

Last week, health consultant in the Office of the Prime Minister Dr Merceline Dahl Regis said the government was seriously considering the implementation of a two-week lockdown on Bimini.

She said: “When we look at the Bimini projection, I shared with you earlier when we looked at the all-Bahama projection, there was an exponential increase in cases,” she said.

The island had previously been identified as an “emerging hotspot” for the virus.

The first case on the island also marked the country’s COVID-19-related death.

Kim Johnson-Rolle, 57, a businesswoman and sister to Immigration Minister Elsworth Johnson, died after being airlifted from Bimini to New Providence last month.

She later tested positive for COVID-19.

West Grand Bahama and Bimini MP Pakesia Parker-Edgecombe has called for a two-week lockdown to prevent the further spread of the virus on the western island.

Numerous Biminities, who have spoke with Eyewitness News, have agreed that drastic measures were necessary given the gravity of the situation for the small island community.

Just over 2,000 people reside on Bimini.

As of yesterday, there were 96 confirmed cases of COVID-19 in The Bahamas — 74 in New Providence, 13 on Bimini, eight in Grand Bahama and one in Cat Cay.

Minnis is right, he is too busy to know what is going on every where especially in Bimini. The 2 newest cases, one has close family members that were positive, the person wasn’t roaming around the community and violating curfew. The 2nd one, test that individual again and will be negative as they were one of the healthy people that had extemely mild symptoms. The people of Bimini do not want this nor did a majority of people ask for it, they have been trying to alert government officials of the issues on the island to prevent a governmental overtaking. The mail boat with needed groceries skipped last week and didn’t make it here this Thursday because of weather but yet in 3 days, over a lock down weekend included, the island will be closed. The bank was only opened for a few days this week, after being closed for two weeks and now will be closed for another two weeks. The government is trying to descicrate Bimini by placing more stress on the people, causing them to loose jobs, put small busineses out of business, and make Biminites beg for food. Of course this type of lifestyle will decrease the immunity levels of people and make them more susceptible to any diseases including malnutrition and poverty.

I truly hope and pray that the people can afford to stock up on food and supplies for 2
Weeks? The mailboat didn’t come again Ana’s now when it does it will be a nightmare to get food. Especially since we are on lockdown for the weekend. So that gives the people only 1 day to get supplies. Imagine the panic this will cause and while we here are all concerned about our safety we are also capable of self isolating on our own accord. And for those that aren’t perhaps they should be rounded up and arrested. Keeping people inside for 2 weeks is completely criminal and totally unhealthy. This will
Cause bigger issues than the virus ever will.
Unbelievable!

Statistically the population on Bimini of 2000 people can not all get 2 weeks of groceries on Monday prior to the lockdown and thats only if the mail boat arrive, the weather is not getting better.

The government should set up a medical emergency clinic if they are afraid they cannot move critical patients to New Providence. Set up a MASH unit, not lock people up. We are all going to have to learn to live with this virus. That is the only option or close the barred gate and throw away the key. The virus is here to stay.