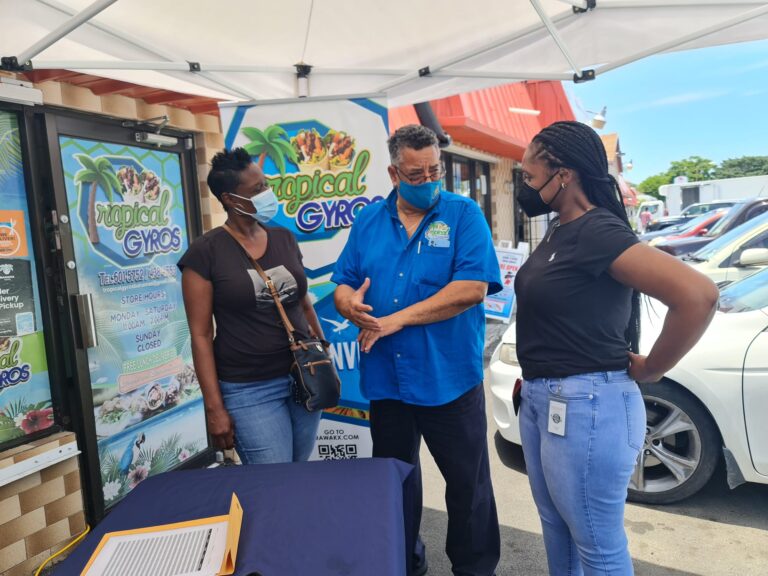 According to the company, over 195 investors have pledged to invest over $104,000 in Tropical Gyros in its first week. The company is seeking to raise $850,000 as it looks to expand with locations in the Carmichael, Cable Beach, and Prince Charles areas as well as create a production and distribution centre. Tropical Gyro’s sole location at present is on Rosetta Street.

Tropical Gyros, founded by Chef Kevin “KC” Culmer made its first appearance as a food vendor at the World Relays in 2015.

“I was able to sell 1,700 at the two-day event and interact with athletes from The Bahamas and many of the countries. They all enjoyed my food and that is when I knew I had something special.” said Culmer.

The company thereafter went on to establish a steady footprint in the takeaway restaurant arena offering its unique gyros, salads, and bowls.

“One of the advantages of crowdfunding is that your customers become your investors so many people are willing to support because they are familiar with the brand. I chose to utilize ArawakX because I wanted to give my customers the opportunity to share in our growth as I appreciate all of the support we have received throughout the years,” said Culmer.

“Clearly the new social contract is one of ownership. And ArawakX is rising to meet that challenge to give access to those who it may have been too expensive to invest before,” said Rahming.

Rahming said this is possible because of its proprietary Fintech platform that was developed in Silicone Valley.