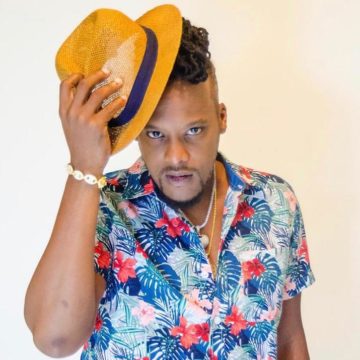 NASSAU, BAHAMAS – Local musicians and fans of Davon Knight, better known as Mdeez, were still grappling on Sunday to come to grips with the death of the popular Jamaican-Bahamian reggae artist, song writer, producer and entertainer, who met his untimely demise after he was stabbed to death last Friday, June 21.

Mdeez was allegedly stabbed multiple times shortly after 7p.m. last Friday and he later succumbed to his injuries.

Details of the circumstances surrounding his death remains sketchy.

Meanwhile, Eyewitness News Online spoke to several persons on Sunday who were close to the late Bahamian Icon Award nominee, who was known for his popular songs, “Times Hard”and “Ghetto Cry”.

Luval Bain, commonly referred to as “Big L”, has managed Mdeez for the past 10 years.

Big L told Eyewitness News Online last night that having spoken to Mdeez earlier in the day on Friday past, he could not believe it when he heard the tragic news of his friend’s demise just hours later.

“I was in disbelief and felt utter shock,” Big L recalled. “I am still in disbelief, to tell the truth, and I am still trying to grasp it all and put things in perspective.”

According to Big L, Mdeez had just arrived back to Nassau from Florida on Friday, and hours later, he was killed.

Big L said Mdeez was very excited to begin his 12-week tour, and they were expected to leave the capital this Friday, June 28th.

“We were doing some shows in the Bahamas as well, but it was a 12-week tour and we had six cities to visit, some in Canada, the US as well as Jamaica,” Big L said.

“He was really, really excited about it, especially the Jamaica trip, because of his Jamaican heritage.”

Mdeez was also scheduled to perform this year at Reggae Summer Fest in Montego Bay, Jamaica, according to his manager.

Big L noted that lately, Mdeez was greatly appreciated and accepted by so many Bahamians over the past 12 months.

“He would go places and people would want to take pictures with him, and if we are at the airport, persons would want him to sign stuff for them, and it was like he was being accepted by, not only the younger, but also the older folks.

“He was also asked to perform at the upcoming independence and we did not expect that, but he was on the brink of transitioning from being a local star to being an international superstar.”

Big L said Mdeez’s personality was always one of ‘just keep going and keep moving’ – a personality that he himself is trying to adopt and put in practice, he said.

Big L noted that in the near future, he will collaborate with other entertainers to hold a memorial in Mdeez’s honor.

Recording artist Sammy Star Poitier said he met Mdeez some 20 years ago when they graduated from high school, both of them interested in music.  He said he later became a producer for Mdeez and they were like brothers.

“We pretty much became blood brothers, his mom taking me in and my mom taking him in. He helped me with all of my music and I helped him.

“As far as projects go, I can’t think of a project that we did not work together on.

“We did everything together,” Poitier said, adding that he did not receive the news of Mdeez’s death until late last Friday night via social media.

“My first response was I can’t believe it,” Poitier recalled.

Poitier said his last encounter with Mdeez was last week, just a few days before his death. He said they were expected to collaborate upon his return from overseas [last Friday] to work on new music-related material.

Choking back tears, female Disc Jockey, Jennie “JJ” McKenzie expressed last night that she has known Mdeez for more than 20 years, and her last face-to-face encounter with him was Friday, June 14.

“When I did my last show on 100 JAMZ he came up for that show and that was my last encounter with him, a week ago,” JJ said.

“I feel very thankful to have had that encounter with him, because it was an opportunity for us to go down memory lane and he said some really amazing things to me and I was able to tell him how proud I was of him on air.”

Singer and songwriter, Patrice Murrell, referred to Mdeez’s death as an “untimely”  and “unfair” occurrence that has left the local music community in a state of shock.

“Mdeez was loved by many. We have all known him as a very hard worker and he has been pursuing his music career now for well over 15 years at least,” Murrell said.

“He was the type of artist that every other artist loved and appreciated, because of his positive attitude, his fortitude, and his kind and sweet nature. He was also a very humble person and I have never heard anyone say anything negative about Mdeez, so to hear someone do something so tragic to him is heartbreaking.”

“As a relatively new artist, that was cool to be able to talk with an artist on his level who just kept it real. He wasn’t Hollywood… was just a down to earth guy who believed in local artists,” said Ash who met Mdeez 10 years ago at Charlie Brown’s studio in the United States.

Calvin Parker, a local producer and musician said Mdeez was a mentor and a seasoned artist who assisted him back in 2008 when he was trying to get his career off the ground.

“He always encouraged me in the work that I was doing and he always gave positive feedback or any type of criticism and,” Parker said. “Whenever he was putting out some new music he would hit me up and ask me to check it out.”

Alphonso Major, a mentee of Mdeez, referred to the recording artist as ‘the modern day Nipsey Hussle’ for the Bahamas as he was always helping the less fortunate.

“He has impacted and encouraged persons in so many different ways. He made them feel as if nothing was impossible and he is one that will definitely be missed…his legacy will continue,” Major said.

Meanwhile, Mdeez was also well known for is “Less Talk, More Action”movement, which focused on fighting hunger. It was a movement that saw the singer feed the homeless every Saturday at the foot of the Paradise Island bridge without fanfare.

Earlier this year, he performed at the Bob Marley birthday celebrations in Kingston, Jamaica.

Mdeez was signed to Tuff Gong International via a distribution deal and he was managed by Royalty and Respect Management.

Mdeez is survived by his wife and two sisters.