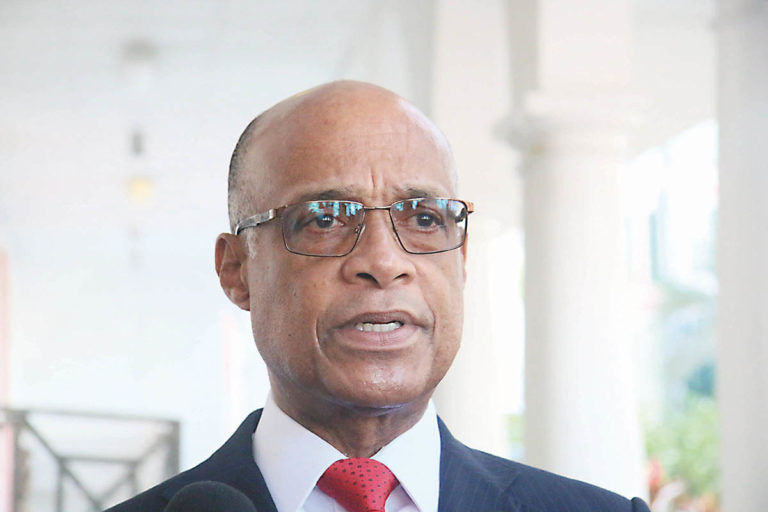 “Disappointing” is how Minister of Education Jeffrey Lloyd described a protest by members of the Bahamas Union of Teachers (BUT) outside its headquarters Wednesday.

While he did not dismiss the numerous concerns, the union brought to the forefront, he said he was still disappointed.

The education minister said, the issues involving the union have rolled over since the previous administration and they will not be resolved overnight.

He also admitted to not having spoken to BUT President Belinda Wilson since she announced she would be filing a trade dispute against his ministry however, he said his conversations with Wilson beforehand were productive.

“She has every entitlement to file a trade dispute,” he said. “I don’t know what that will resolve because we are working on it.”

Over 200 teachers rallied in front of BUT headquarters Wednesday under the voice of Wilson, as she demanded respect for what she said are the constitutional rights of teachers.

Wilson explained that there is a laundry list of concerns the union has with a number of schools, including salary deductions without reason from teachers’ pay, infrastructure issues that have caused concern for teachers and students in classrooms and promotions.

One of Wilson’s request was to meet the $6 million pay-off to union members in a lump sum.

But Lloyd said, as far he knew, there had been a huge pay off to union members since the end of last year.

“There are still some questions about who are qualified,” he said. “Out of the $6 million that is owed, we have paid $2.2 [million].

“We are now being advised by the Attorney General that the temporary teachers; or rehired pensioners; or teachers that have been employed on delegated powers, do not qualify for the money. Now it might be, I’m not saying it is, but it might be those persons that are petitioning the union for monies think they are owed.

“I accept and I agree and I’m in complete compliance with the fact that the union has a legitimate concern there are teachers that have not been paid their $1,000,” Lloyd said.

In response to Wilsons being threatened to hold union meetings off school grounds, Lloyd said the union may request the meeting of the teachers within a reasonable time and with reasonable notice, after which the request would be honored.

“They came in one morning and said ‘we want to meet with the principal’,” he explained, as he spoke on the most recent sit out at the Stephen Dillet Primary School.

“That request was made with no reasonable notice.”

According to Lloyd, union meetings should not interfere with the daily school operations.