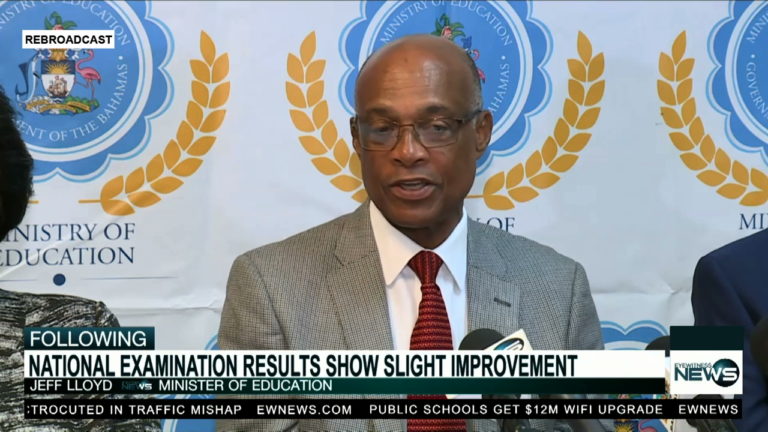 According to the report, there has been an increase in several subjects inclusive of BJC Mathematics, which could have a direct influence on the number of students meeting the requirement for the award of the Bahamas High School Diploma.

The report also revealed that 2, 319 candidates achieved a minimum of grade D in at least five subjects, representing a 2.20% increase from 2017 which had a total of two thousand two 2,269 candidates.

In the BGCSE examinations 6, 720 candidates registered to sit the examination. There were 2,5045 grades awarded this year and a total of 806 candidates received at least grade ‘C’ in five or more subjects as compared to 2017 with 880. This represents a decrease of 8.41 per cent.

Four hundred and ninety candidates received at least a grade C or better in Mathematics, English Language and a Science, representing a decrease of 5.95 per cent when compared to 2017, which had a total of 521 candidates.

In previous years, education officials would give a national average for the country following the release of the national examination results.

At last report, the national average was recorded as a D average.