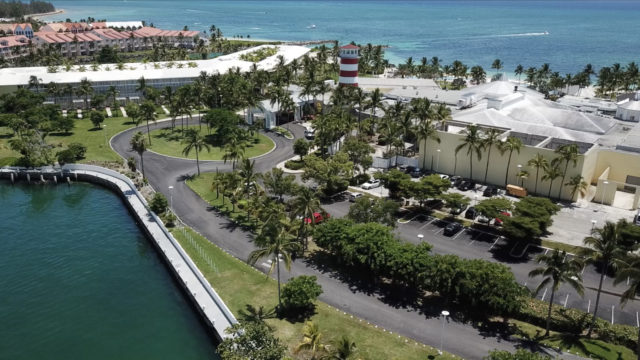 Government’s $65 million acquisition of the Grand Lucayan resort will not include the three properties on the hotel strip, according to

D’Aguilar revealed during government’s recent tour of the struggling Grand Bahama property, that while the Lighthouse remains open, the government will only be making repairs to and opening the Memories Hotel.

This means the largest of the three properties – Breakers Cay – will remain vacant.

Critics of the purchase from various sectors have expressed concerns as to whether the hotel purchase is a good idea, as the three hotels that encompass the Grand Lucayan Resort are only collectively valued at $62 million.

“Our job is to facilitate its onward sale,” D’Aguilar said.

“Don’t let’s get ahead of ourselves, don’t ask us questions that’s going to somehow compromise our strategy. Let’s just see what happens. We bought it, it’s for sale, let’s see who comes and I’ll leave it there.

“Life is about risk, right, and we can sit in the ball pen and do nothing. So we’ve decided to get out of the ball pen, walk up to the plate and swing the bat. It’s a risk but we’ve got to take that risk.”

As reported earlier, a committee to be headed by Michael Scott, will be appointed to operate the hotel until a buyer has been secured. Additionally, D’Aguilar highlighted plans for renovations until opening.

“There are going to be two trains that are moving,” he said.

“The first train is going to try to sell the hotel and the other train is to start thinking about how we’re going to renovate Memories. So, if the sale doesn’t happen at the speed in which we want it to, at least we are starting to plan for the renovation of Memories.

“And if the sale takes a little bit longer than we think, then we can contemplate moving forward on the renovation of that property. It doesn’t seem like its that much to get that property open. But … Breakers Cay, the large property in the middle, we’re not going to do that.”