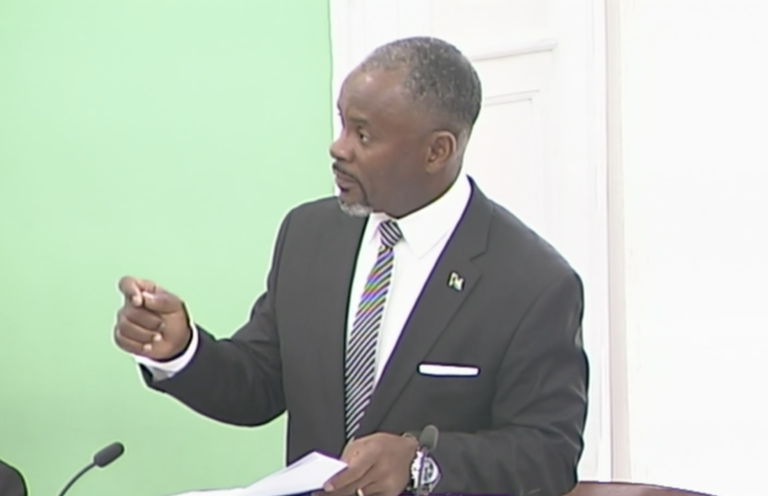 NASSAU, BAHAMAS — Minister of Youth, Sports and Culture, Iram Lewis yesterday outlined his ministry’s plan to reintroduce the Bahamas Games with the hope of providing exposure for Family Island athletes.

During his contribution to the 2021-22 fiscal budget communication in Parliament, Lewis said the plans for the sixth edition of the Bahamas Games have already begun and that a launch date would be announced in the very near future.

“I am excited to announce that my ministry is preparing for the sixth edition of the Bahamas Games, a national, Olympic-style, multisport program designed to promote national unity among the people of The Bahamas,” Lewis said.

“The first Bahamas Games were held in 1989, and the last one in 2001, some 20 years ago. The attempt to host such an event every two or three years was interrupted by the economic and physical impact of a number of hurricanes and other international events.

“All previous versions of the games were successful in their intent as reflected by the revelation of world-class talent in Nassau and in the Family Islands. It is our chance to bring them to Nassau and give them the exposure they’ll need to develop. The upcoming edition of the Bahamas Games will coincide with the anniversary of our nation’s golden jubilee, or 50th anniversary of Independence in July 2023.”

To be as inclusive as possible, Lewis said the ministry will put together a Bahamas Games secretariat, which will be made up of volunteers from sporting federations and associations around the country.

“We will not be able to host these games without the support of every Bahamian and corporate Bahamas. I encourage everyone from every party to step up to the plate,” Lewis added.

Previous versions of the Bahamas Games featured several sporting disciplines, including track and field, baseball and basketball. Athletes represented their respective islands and competed against other islands.