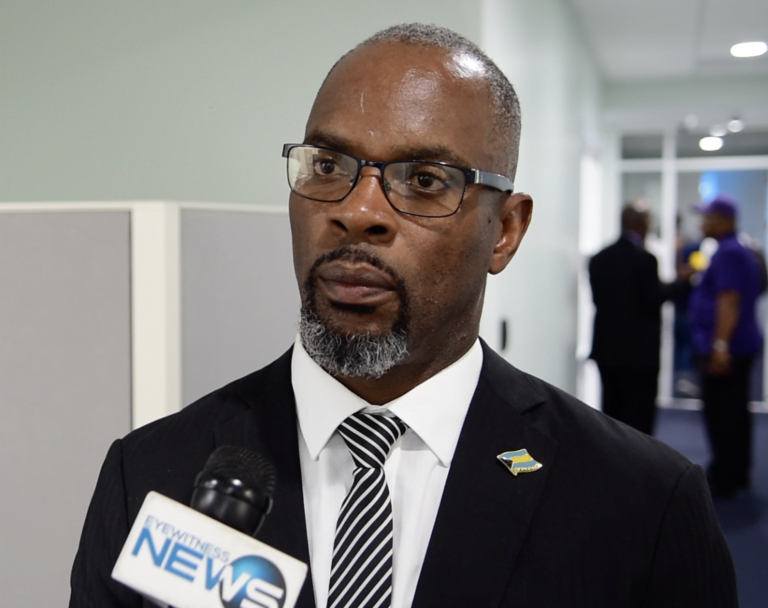 Lewis was addressing the launch of the small home repair program on Grand Bahama, and underscored the country’s building codes will undergo a review.

“As a result of Hurricane Dorian, technical officers from both the public and private sector will review our building code so as to determine with the application of international best practices and new technology, areas in the code that may require further enchantment,” he said.

“In reviewing the code and considering storm surges it is likely that recommendations may arise with respect to no build and restricted buildings in areas and zones deemed dangerously susceptible to the worst type of flooding.

“We must realize that without enforcement of the code, moving forward would be fruitless. It is our intention to be more aggressive in the enforcement of our our code.”

Lewis said that renewed emphasis on inspection and enforcement would reduce the risk of super-storms.

John Michael Clarke, chairman of the Disaster Reconstruction Authority speaking on the domes in Abaco said,

“There are 32 domes in Spring City Abaco, those domes should be fully completed by February 20 and persons that want dome son their properties can now apply for domes on their property.”

It was also noted that 37 domes will be taken to Grand Bahama next week and will be made available to those person in East Grand Bahama (east of the Casuarina Bridge) who have lost their homes.

Clarke also noted that the Authority has held discussions with the Bahamas Entrepreneurial Venture Fund and the Small Business Development Centre with regard to assisting small businesses getting restarted.

“It’s very important that we get small businesses in Abaco and Grand Bahama restarted,” he said.

Clarke said that he had spoken with SBDC director Davinia Grant who noted that over 30 small businesses in Abaco have been helped.

“I asked her to create the mechanism to get the word out so people know they can apply for grants and loans.”