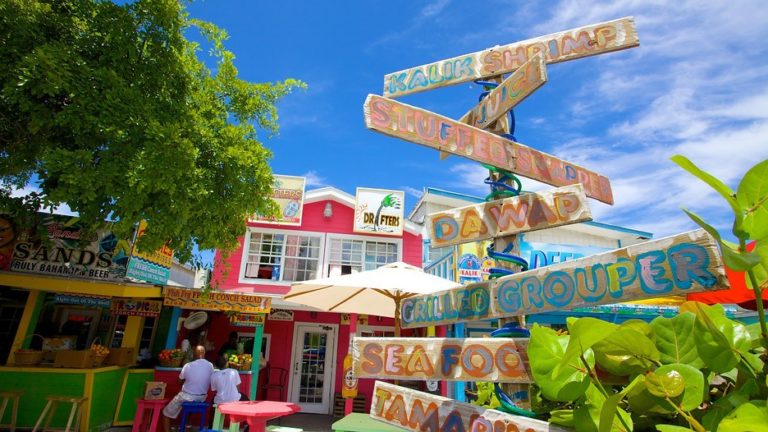 The Fish Fry at Arawak Cay.

Much has been said and no doubt will be said about a group of Bahamians seeking a contract from the FNM (Free National Movement) administration to manage some of our cultural and heritage sites. The current chairman of the FNM, Carl Culmer, has rightfully admitted that he is a part of such grouping along with others inclusive of FNM and PLP (Progressive Liberal Party) supporters, et al. Such sites would include the forts; the Queen’s Staircase; and other sites.

I see absolutely nothing wrong with this in principle and would go further to say that such a public-private sector initiative, under any administration and regardless of partisan politics, is long overdue. Historically, no government has ever successfully managed or operated such sites. The last one would have been when the late Dame Doris Johnson held one many years ago. Who can forget the Sound & Lights experiences at Fort Charlotte?

My position as a businessperson is that certain cultural and heritage sites here on New Providence in particular would be better managed and operated as for-profit ventures with a P/P (public-private) initiative without the political baggage and notorious governmental input. Any grouping that would wish to do any such projects/ventures should just approach the government of the day, especially the one in power now with general elections just around the corner.

For instance, the suggested sky bridge connecting Arawak Cay to Fort Charlotte would be an innovative P/P venture plus it would be a local and touristic attraction. Headed over to Fort Charlotte, any administration should consider allowing the private construction of a National Heroes Park featuring life-sized [figures] of all of the founders and movers and shakers of this nation from way back then, without political interference, with manicured gardens. An affordable fee would apply.

The government of the day gets 30 percent, the private sector consortium 50 percent and 20 percent deposited into a Sovereign Fund. How simpler can it get? A gift shop; a restaurant and bar; a cultural stage for regular events and lecturers by experts and even ordinary people; demonstrations of how to make bush tea, etc… Indeed the sky would be the limit.

I congratulate Carl Culmer on being frank with the public and upfront. I also congratulate the esteemed and focused leader of the new PLP along with Glenys Hanna-Martin on raising the questions about the cultural and heritage sites. No, let me make it clear: I am NOT an FNM, but I congratulate from a non-partisan way. From what I know about brother Culmer, et al, he is a decent, God-fearing man who will not engage in anything that even looks suspicious. My other friends are all the same.

It would be in the best interest of the PM and the administration to simply move on with this proposed contact or is it a done deal. Culmer did say that his group has expended funds and borrowed monies. Did they, and if so why borrow or spend funds unless and until one has an executed agreement? Whatever the case is, let’s do a P/P with the cultural and heritage sites, ensuring that due process and transparency are in play.