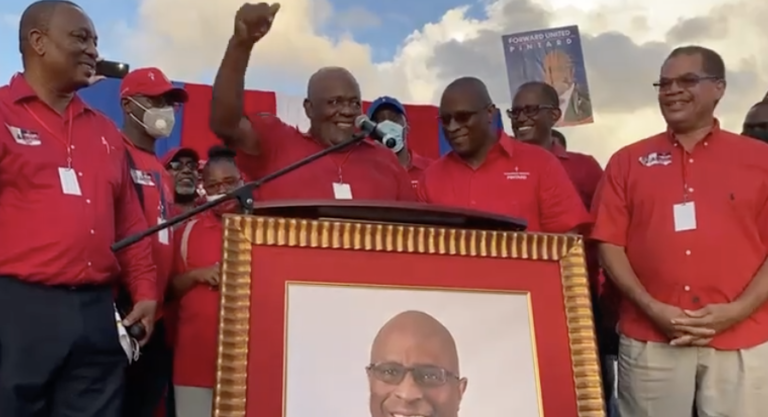 When Dr Hubert Minnis was prime minister, Dr Duane Sands was not always a team player. He often criticized that government when he was a member of the cabinet. He ultimately resigned because of a mistake he made as Minister of Health during the pandemic.

It is no secret Sands wants to be prime minister. FNM Leader Michael Pintard better watch his back because Hubert Ingraham and Sands may be coming for him. Ingraham is already raising his profile.

When Minnis was prime minister, Ingraham was not as supportive as he could have been. I didn’t see Sands criticize Ingraham back then. How hypocritical.

On election day Ingraham went to Sands headquarters and all he could say was that he was there to support Sands but couldn’t say that he fully supported the party. Sands said nothing about that. That was also hypocritical.

Even with Ingraham supporting him, Sands lost his seat yet again. Sands should realize that he is not popular in the country and that he only scraped by to become Chairman, which he is not doing a very good job at.

When the PLP was in opposition Fred Mitchell was an aggressive and full time chairman. Sands is a part time chairman with very little political ability.  He would not make a good leader of the party.

Both Ingraham and Sands played political games when Minnis was in office and were not as supportive as they could have been.

Don’t forget, Leader Pintard, that Hubert Ingraham told Tommy Turnquest and Dion Foulkes that he wasn’t running. Then he didn’t live up to his word.  Do not trust him with what he tells you.

Hubert Ingraham and Duane Sands are very close.  Keep your eye on them, Mr. Pintard.  Maybe they have decided that the Hubert Ingraham era isn’t over and that your era will never ever begin.