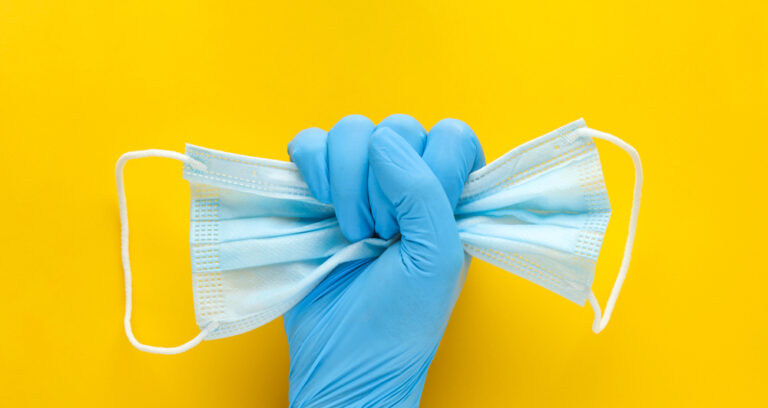 I flew back to Nassau from Florida on Bahamasair on Saturday, 10th September – as we were walking off of the plane we were greeted by a fellow advising all of us to put our masks on.  I approached him and showed him a picture of our maskless Prime Minister and asked him why we had to if our own PM wasn’t abiding by HIS rules. He was speechless and muttered something nonsensical.

I then proceeded to the immigration line – only one out of four immigration officers had a mask on. I took a picture.  Immediately, two other immigration officers approached me and pulled me aside, and demanded that I delete the picture (please note that these two officers were also not wearing masks). I also showed them the pic of our maskless PM – they were mute. I asked them why they themselves weren’t wearing masks – they proceeded to tell me that they were protected by the plastic (?) division between them and incoming passengers, to which I replied – “but you two are standing in front of me maskless with not protective shield between us” …no response. But they would not let me leave the area until they watched me delete the picture.

We live in a country where our own Government walks around maskless, greeting and shaking hands all day – including our Minister of Education who is talking to students in a classroom maskless while these poor students are forced to wear masks.  We see our Minister of Health maskless, whilst insisting that he will not be removing any COVID-19 restrictions.  We have a government that basically says… ’DO  AS I SAY, NOT AS I DO’… hypocritical to say the least.

In my opinion, we are at a point now where mask-wearing should be optional and up to each individual to make their own personal choice whether to wear one or not.

Absolutely agree. It is ridiculous that we are forced to wear masks with this heat and humidity. To force children (least at risk) to wear masks in non-airconditioned class rooms is nothing more than child abuse! While the politicians remain in their A/C without a mask. Absurd and cruel.

I agree with you 1000%. Make it a personal choice at this point. I still wear a mask on a plane, to improve my odds of not getting sick (not just from covid). But otherwise, no mask.
It pains me to see people driving their cars alone, outside walking alone…and wearing a mask. Have we frightened people that much???

The Bahamas ass backwards as usual