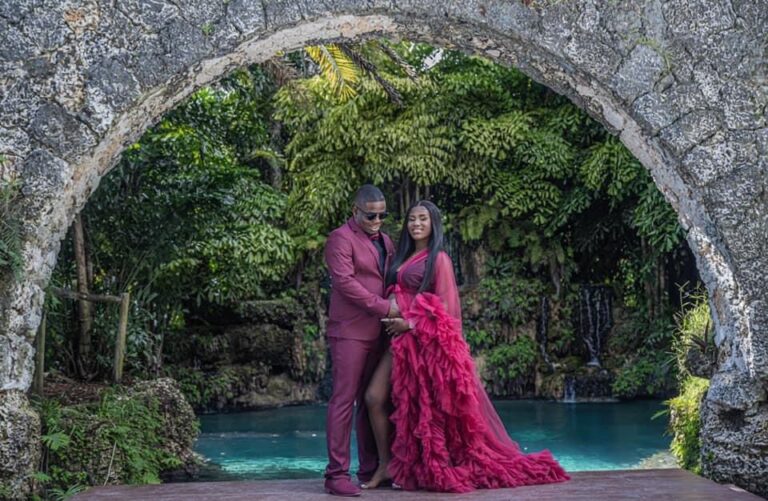 Heavenly Terveus, 21, and her fiancé, Fenron Delano Ferguson, who killed her and turned the gun on himself.

NASSAU, BAHAMAS — The family of the young mother killed in an alleged domestic violence incident over the weekend said they believe if police had intervened, she may have still been alive.

Heavenly Terveus, 21, was found shot to death in front of her one-month-old baby boy and lying next to her fiancé Fenron Delano Ferguson, who reportedly shot her and then turned the gun on himself in an attempted suicide.

The couple reportedly has had several previous domestic incidents, including one last year where he was charged with shooting at her sister and was granted bail for.

Relatives of Terveus said told Eyewitness News yesterday that Ferguson had been coming to the Miami Street home ever since she moved out of their home two weeks ago.

Catathesia Newton, a neighbor of the family, said the young woman did reached out to police for help, but “it was too late”.

“She stayed locked in the house. She was afraid. She wouldn’t come out.”

According to her family, Ferguson was going to the house for the past two weeks and consistently harassing her ever since she moved out of his home.

“She stayed locked in the house. She was afraid. She wouldn’t come out. On Tuesday when she reached out for help, it was too late.”

Eyewitness News understands that he allegedly damaged her vehicle last Monday and took her son away on Tuesday morning, which then led to her filing a report with the police. She however dropped that complaint against him, according to relatives.

Terveus’ close friend Tania Pierre said she believes the police did not take the matter as seriously as the family did.

“He’s a narcissist. When he did things to her he laughed. He wanted to torment her.”

She added:  “At the end of her life she wasn’t at peace.”

The most recent incident has once again catapulted the issue of domestic violence and gender-based violence to the forefront of the national discourse.

Prominent Attorney Christina Galanos opined that while domestic violence is a difficult problem to tackle, police seek to do their jobs without the cooperation of the victim.

Galanos noted that in her experience, 100 percent of the women who claim to be victims of domestic violence do not follow through or decide to cancel a police investigation by dropping the case.

She said this is just among several difficult challenges with trying to bring a solution to the serious issue.

Prodesta Moore, the founder of Women United, said there has been no real action put in place to address this matter after countless incidents, adding that the reaction in the aftermath of the latest tragedy will soon fade away.

Moore said while she believes that there is a political will, shown by the country’s commitment to international treaties and drafting of policy programs, there is no execution.

She said some work has started but is not being enforced or upheld, or oftentimes just gets dropped or doesn’t move forward until the matter makes its way to the news again.

“The state has a responsibility to protect its citizens, especially its women and children and I frankly think it’s not happening.”

Moore said most of the time these women do not have the protections required to leave their abusive situation and in turn need to be empowered and supported once they decided to leave the toxic environment.

“All of these things we are trying to make sure that we can agitate for, to help our women moving forward. It’s going to take a movement. “

She urged all Bahamians to stand with the group against injustice. Insisting that marching and protesting is not the only way.

She added that her group of nearly 200 members is in the process of crafting an action plan to get their message out and is also calling on all citizens to write to their members of Parliament and push them to make the matter a priority.

Minister of State for Social Services Lisa Rahming yesterday condemned the “seemingly frequent” occurrence of domestic violence in the country, pledging that the Department of Gender and Family Affairs will be proactive in composing legislation to protect all people against violence, especially women and girls.

If a police report is filed against the perpetrator, whether the victim retracts or not, it should be followed up. Many times they do not want to testify because they are in FEAR for their lives. There should also be a safe house where they can go (undisclosed) with security because we all know Nassau is small and people talk. This has been going on for far too long. WHEN will we create laws that protect the women? How many more need to die in order to effect change?