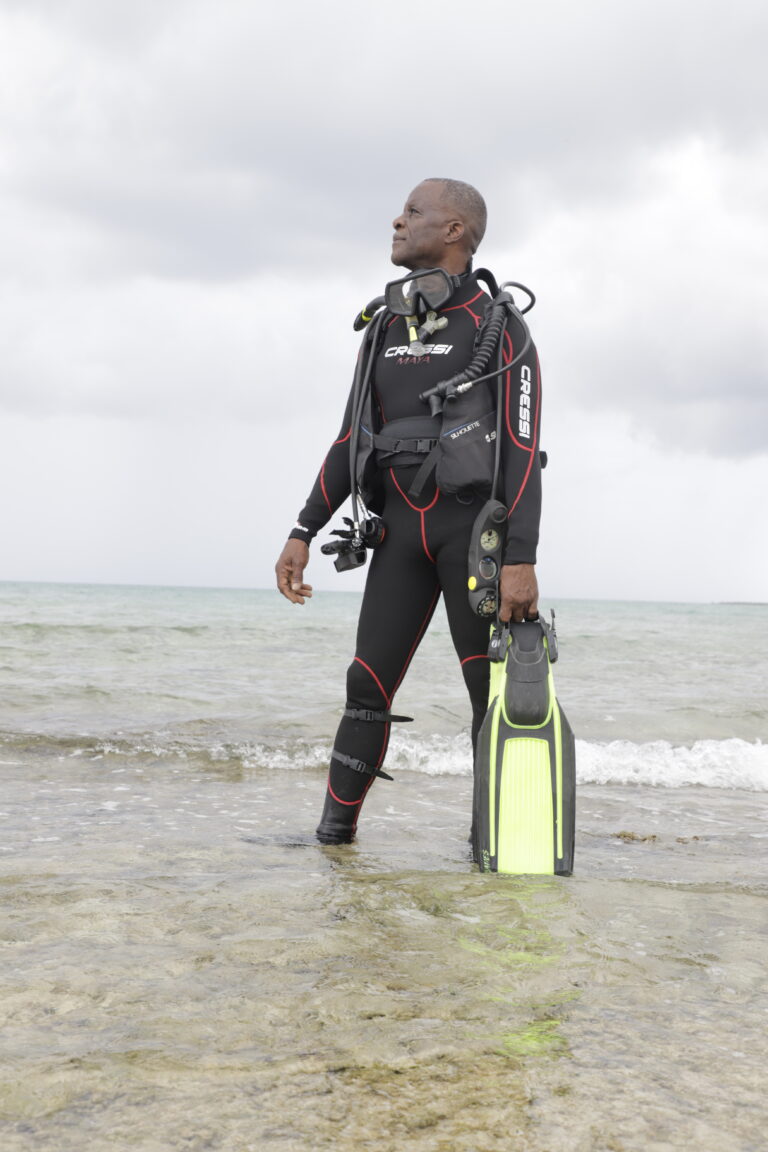 Like any good father, Gardiner’s goal was to produce an heir to carry on a legacy with the hopes of making a greater influence on his generation. During the formative years of diving, the RBDF did not have a structured dive course. With a wealth of knowledge obtained from naval dive school, Gardiner sought ways to increase the capabilities of the dive unit. He, therefore, requested to conduct a military dive course that would be fashioned after that of the training he attended in Florida.

The development of a military dive unit was a combination of an elite group of RBDF personnel who can be deployed on various crafts as divers, thus enhancing the operational efficiency and resources of the organization. Instead of having to shorten a patrol to because of a damaged hull, a trained diver on board can investigate and possibly rectify the situation. With sufficient information, necessary maintenance and repairs can be made by the diver.

Although the placement of divers on RBDF vessels did not happen under Gardiner’s tour of duty, the legacy he left ensured that this dream was realized.

As it pertains to diving, Gardiner also envisioned the force would form strategic partnerships within the region.

“I wanted the organization to have the best diving program in the Caribbean, a place where countries in the region can send their divers to be trained,” he said. “Because it is important to learn from each other, I wanted to build the region with a cadre of skillful and dedicated divers who can help secure and strengthen our borders.”

The organization has since expanded the RBDF Military Dive Team from its initial count of nine marines to a program of 90 military divers inclusive of four female divers. Gardiner’s legacy was built on his being fair, requiring others to achieve a higher standard and qualifying to be a successful military diver.

An entrepreneur, Gardiner is the proprietor of S&L Welding, East Street South, where he has operated for the past 30 years. The RBDF said it is grateful for the years of dedicated service Gardiner has contributed to the success of the organization.

Hey thank you for sharing my story, but not many know the resistance to the Military Dive program.

Oh the story about Simeon Gardiner a correction has to be made, I completed that Navy Dive course in 1990

Thank you for clarifying, Simeon. The story has been corrected accordingly.