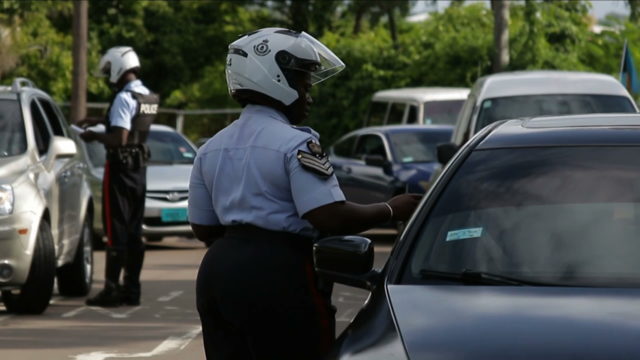 Motorists who use electronic devices while driving will soon suffer consequences as the government tabled legislation Wednesday to strengthen the Road Traffic Act.

The amendments will prohibit the use of cell phones and ensure that all traffic fines are paid before a driver’s license is issued. It also calls for drivers to produce a license and certification of insurance upon the request of a police officer.

There have been more than 50 traffic fatalities for the year with almost a dozen hit and run incidents. Police believe that electronic distractions have led to many of the deaths and have repeatedly called for stiffer penalties.

There was a 23 per cent increase in traffic fatalities in 2017 where 54 people were killed.

In 2016, 44 people died in car accidents. Of the 54 traffic deaths, 33 took place on New Providence. Although though the majority of deaths involved drivers pedestrians made up the next largest category with 16 deaths or 31 per cent.

Assistant Commissioner of Police Clayton Fernander spoke to efforts by the Royal Bahamas Police Force to target those who abuse the rules of the road.

“We have to be out there aggressively and go after those who continue to break the law because if we don’t we will continue to see an increase in fatalities, “he said.

“We see drivers who have no regard for other road users and we plan to increase our efforts on the street with greater use of technology.”

Some cars have bluetooth capabilities (i.e. hands free devices). Whatever bill is put forward needs to exempt cars with hands free devices which are connected to the car. Make laws that speak to current technology.Do Not outlaw everything.