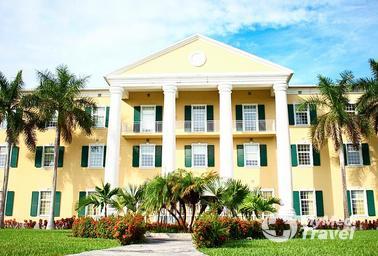 According to legal filings, First Commercial Centre Ltd is seeking an order that the liquidator, Cheryl Simms of Kikivarkis & Co turn over all keys to the new locks installed on the premises.

As reported by Eyewitness News back in early February, Freeport’s pioneering stem cell therapy provider has become embroiled in a legal dispute, with its principal creditor having sought the winding-up of the company.

Simms was appointed provisional liquidator for Okyanos on February 6.

According to a supplemental affidavit filed earlier this month by attorney Andre Jay Feldman, president and a member of the Board of Directors of First Commercial Centre, on March 11, the landlord and liquidator had reached and agreement for the total monthly payment of $25,0000, inclusive of rent, air-conditioning and common area maintenance cost.

Feldman claimed that following an exchange of emails the landlord sent a short-term lease agreement for execution and return along with payment.

”On June 29, the defendant sent the Landlord its own short-term lease agreements with such amendments that were wholly unacceptable to the Landlord,” the affidavit stated.

According to court documents Okyanos between August 2, 2017 and May 6 2019 entered into four loan facility agreements for working capital and general corporate amounting to some $15.9 million.

Okyanos had ultimately sought additional loans from LS Enterprise Ltd following Hurricane Dorian; however, the company was informed that it was in default of its facility agreements having ceased to carry on its business, and that all loans were immediately due and payable.