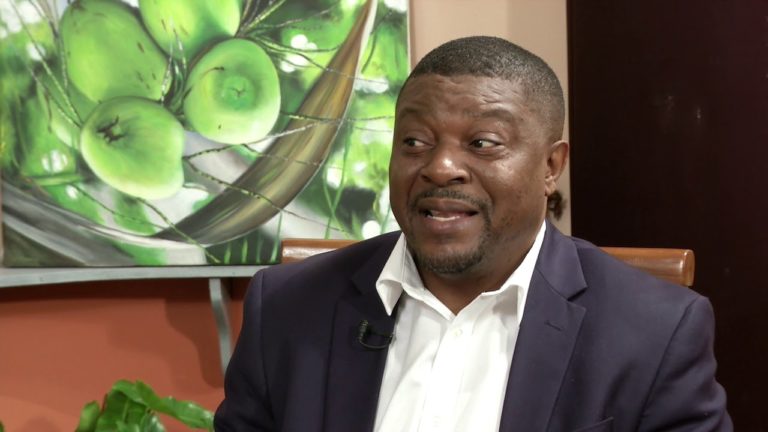 Laing, Executive Director of UB’s Government and Public Policy Institute, was a featured panelist at a forum held at the library yesterday.

He elaborated on the economic aspect of risk management and climate change.

“Billions of dollars in economic transactions are driven by our ocean and coast,” Laing said.

“Transactions stemming from oil and gas exploration, marine construction, scenic tours, etc. Natural disasters can pose substantial threats to this body of economic activity- as they can devastate environments.”

In regard to the devastation left by Hurricane Dorian, Laing noted the “physical leveling of things” seen in Abaco. Alluding that the entire island is seen in a state of despair.

When compared to Grand Bahama, however, the physical environment doesn’t seem as devastating on every part of the island.

What must be considered is that “the devastation was to the commerce” of the island. Whereas flooding “literally closed 80 percent of businesses”

The World Health Organization, Inter-American Development Bank, UNLAC and Pan American Health Organization, estimated the total cost of the impact and effect of Hurricane Dorian on The Bahamas at $3.4 billion, about a quarter of the country’s GDP, comprising 72 percent in damage, 21 percent in losses and seven percent in additional costs- with the private sector absorbing about 90 percent of the losses.

This makes it seemingly impossible for The Bahamas to make its budgeted $340 million debt servicing on the $8.4 billion outstanding national debt.

In his presentation, Laing suggested that individual Bahamians make personal changes, including financial – that better enable them to adjust and to adapt to the new climate change induced norm.

On a governmental level, he called for the undertaking of fiscal reform that recognizes that “lighter is better, and stability is indispensable.”

“We cannot be labored down by high deficits and excessively increasing indebtedness,” he continued.

“We can’t continue to be putting burdens on individuals in the way of taxation because that then deprives them of the ability to make the adjustments and adaptations they require to be responsive to these changing circumstances.”

To address the associated impacts, the Policy notes that the Government of The Bahamas, in collaboration with other entities, will collaborate with the financial sector to develop appropriate risk management measures and regimes to address the impacts of climate change.

Laing noted during his presentation the country must “partner up with international economic players to boost our prosperity so that we can afford the resiliency efforts we need for our economy and society”.

“You can’t talk about resiliency if you can’t afford it,” he added.

“Economically speaking, we are resource-constrained by our unwillingness to accept that our greater fortunes exist by further connection and trade in the global economic space.”

These sentiments come just days after Moody’s, a credit rating agency, identified The Bahamas as one of the top four nations threatened most by rising sea levels, with up to 15 percent of annual Gross Domestic Product and 11 percent of its population at risk.

According to the report by Moody’s, “vulnerability to extreme events related to sea level rise can also undermine investment, and heightened susceptibility to event risk, by hindering the ability of governments to borrow to rebuild, increasing losses for banks, raising external pressures, and/or amplifying political risk as populations come under stress.

The report continued: “While one isolated shock related to sea level rise is unlikely to materially weaken a sovereign’s credit profile, repeated shocks could do.”

Projections in the report reveal that a sea level rise by one metre would submerge 11.6 percent of The Bahamas’ total land mass.

Given these results, 4.7 percent of Gross Domestic Product, due to the tourism industry’s reliance on coastal sites, would be at risk.

This scenario also threatens 4.6 percent of the Bahamian population.