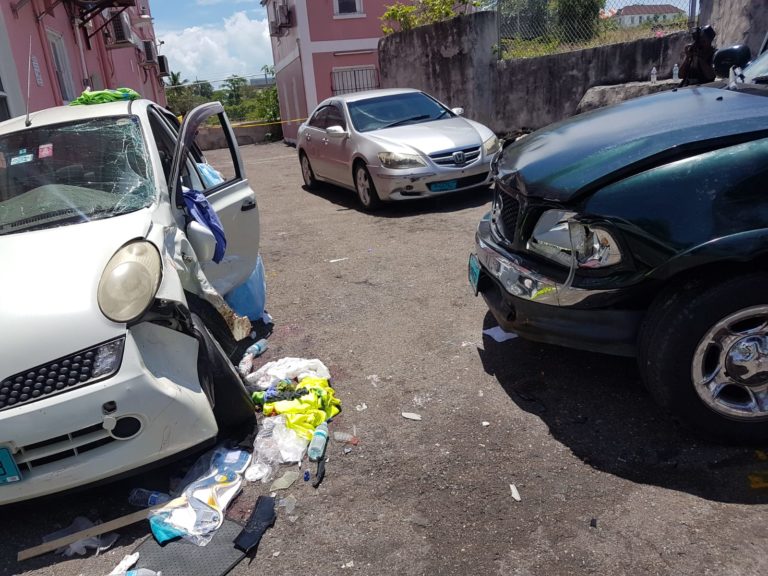 Police currently have no one in custody in connection with the labor day traffic accident that left four persons dead and 24 persons in hospital.

Assistant Commissioner of Police Ken Strachan said the driver of the runaway truck is assisting police in their investigations.

“We have significant leads but no one is police custody,” ACP Strachan said.

“We have also still not determined if anyone will be charged as the investigation is still ongoing. Right now we are appealing to members of the public who may have been in the vicinity of the accident to come forward and talk to us at the traffic police station.”

On Friday, during the Labor Day march, an unmanned F150 truck struck dozens of persons including children, before hitting a parked Nissan Marche on the corner of East and Shirley Streets. Two women died on the scene, one woman died in Princess Margaret Hospital (PMH) and the other in Doctors Hospital.

Prime Minister Dr. Hubert Minnis promised a full investigation into the tragedy and the same time pledged to support the families of the victims.

The nation’s leader made the pledge during a national address Sunday evening, just two days after the horrific incident.

Dr. Minnis who was off the island on Labour Day,  returned to the capital on Saturday to meet with families of the four victims prior to his national address.

Joined by Health Minister Duane Sands, Minister of Labour Dion Foulkes and Bahamas Christian Council (BCC) President Bishop Delton Fernander, Dr. Minnis spent a good portion of Saturday visiting the residences of Tabitha Haye, Tami Gibson, Kathleen Fernander and Diane Ferguson – the women who died on the Randol Fawkes Labour Day Parade. He also visited the survivors who were hospitalized as a result of injuries sustained in the unfortunate incident.