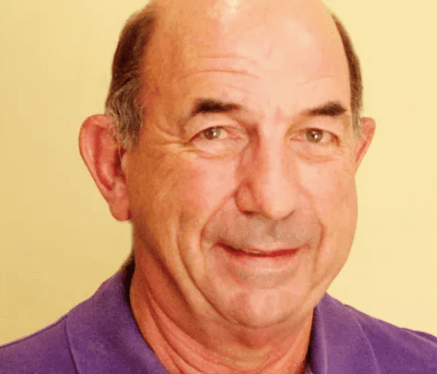 NASSAU, BAHAMAS — A well-known labor specialist has questioned calls for redundancy by some Atlantis workers citing that there are “no jobs to go to”, while noting that the reopening of the two major hotel properties on New Providence remains a big issue.

Peter Goudie, the Bahamas Chamber of Commerce and Employers Confederation’s director responsible for union relations, told Eyewitness News: “The government has indicated that they are going to offer the unemployment assistance until the end of December.

“Thank God at least they are doing that much. They are talking about reopening tourism soon and hopefully, that will solve a lot of problems, but we don’t know what Atlantis and Baha Mar are going to do.

“That’s a big issue. The law doesn’t address any of this other than the emergency powers.”

“The government was prompted however by the large scale of temporary lay-offs to suspend the redundancy provisions in the Employment Act,” Goudie said.

A number of Atlantis employees have called for the resort to formally release them and pay them severance, having been furloughed since late March.

Dave Beckford, a former contender for the hotel union presidency, recently reiterated calls for redundancies at Atlantis as he questioned how long staff are to remain furloughed.

He said the resort has thoroughly reviewed and considered a scenario where certain roles are eliminated as management waits out the reopening of the resort.

Oswell said: “As we press forward with current and future challenges, including reopening the property and building back guest bookings in the midst of COVID-19, we have no certainty as to what business levels will be when we do reopen.

“Therefore it would be premature to separate you permanently from the company at this time.”

Goudie added: “Why would they want to be made redundant when there are no jobs to go to. I don’t understand that. I honestly just don’t get it.”

That’s just it you don’t know everyone financial situation..Some Hotel Workers are near retirement..Some Hotel Workers have put in 20…30..40 years..Some don’t want to be redundant to look for another job..The law is clear we have our opinion and rights..Sir Do u think 2 weeks up to 12years in severance pay..is justified for 20..30..40 years of SERVICE..And 3000 dollars when you retire? Working for a billion dollar company..Give me A Break..ì

You are in your ivory tower….of course you wont get it. Lying talking about the company doesn’t have the funds. So we are the conch then? You dont wanna pay staff out KNOWING that you have to give them first option to return once things are back to normal. And the laws of the land are being broken and quietly changed to keep us held hostage financially.

Rent, mortgage, childcare, insurance, loans, are what people have to deal with. THIS IS WHY WE WORK. Your staff is failing financially because of your inability to care. Evictions, homes repossessed, electricity being turned off. Hell, schools are opened and supplies are needed. If we fail financially….let it be because WE FAILED. NOT BECAUSE YOU ARE HOLDING OUR HARD EARNED MONEY HOSTAGE.

You answered your own question. There aren’t any jobs to go to and they are not on the job. The redundancy pay will be a stimulus into the local economy and ease the burden these employees have felt over the last 6 months.
The real argument should surround the government’s decision to suspend part of the Labour Act. Clearly this was in favor of the employer and not the masses ??‍♂️

This is a worldwide mess! No citizen is responsible for this, CHINA IS, and the evil people that are behind this!. NO ONE SHOULD HAVE TO LOOSE ANYTHING during this crisis.. No one! Every single Government where the COvid has affected, should be taking care of peoples bills until we are safe, and they find the culprits who are releasing this invisible toxic particle in the air!. So go out and get the employee list from all those employers, then do your KYC, then get moving, Yes, print the money, controlled off course, and keep people from despair. There is only a small percentage of people who are financially able to make it through. DO you think Jesus would let people just suffer, when we can do something about it! Please, Please where is your heart and compassion Governments!

Hi
Just some ecomonic sense,
The Bahamas govt has taken up the mantle to protect the foreign investor against the law of the Bahamas. Which has left thousands of Bahamian workers on welfare. So if I get this right, the govt perfer to take the Bahamian people money ( please be sure we ga have to pay this back) to pay welfare to the Bahamian people instead of the investor (who would have to bring funds from outside the country to pay THEIR WORKER, therefore, building foreign reserves), payments that would increase small business opportunities for the unemployed workers and create a significant cash flowthroughout the entire economy. But I am propably wrong in my suggestion.
Like I said at the beginning just a thought.