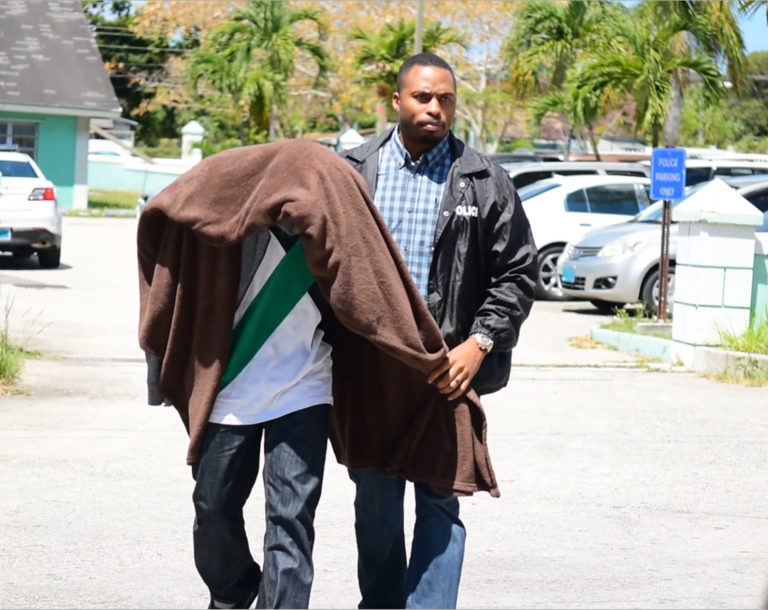 The juvenile male accused of the murder of T.A. Thompson High School student Perry Rolle Jr. is taken into court by a police officer.

NASSAU, BAHAMAS – The juvenile boy accused of the stabbing death of T.A. Thompson High School student Perry Rolle Jr. on March 27 had his day in court on Monday.

The young man was taken into the juvenile court with his hands cuffed behind his back and a brown blanket thrown over his head to protect his identity.

Prosecutors allege the 16-year-old, who is reportedly a student at C.C. Sweeting Senior High School, withdrew a knife and stabbed Rolle Jr. as he was walking home from school.

Rolle Jr. died a short time later in hospital as a result of his injuries, according to authorities.

The father of the accused sat in on the private proceedings in tears, while his remaining family members waited outside the court room – all telling their side of the story, which stood in stark contrast to the one told by authorities.

After the murder charge was read, the accused was placed on remand at the Simpson Penn School for Boys until May 7th.

Before allowing him to leave the court, the magistrate allowed his weeping family members to give him a hug goodbye.

He is expected back in court next month for a Voluntary Bill of Indictment (VBI).