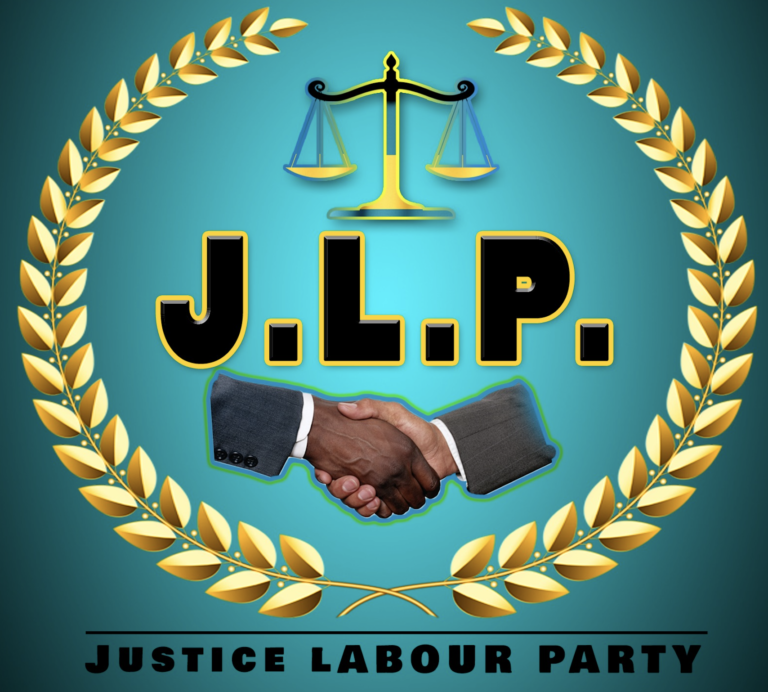 NASSAU, BAHAMAS — Declaring successive administrations have failed to make good on their promises of change for the Bahamian people, the newly formed Justice Labour Party (JLP) said it represents real change and plans to tap the “reset button for this nation”.

Ricardo Smith, a long-time Progressive Liberal Party (PLP) member who resigned from the party in September, has been appointed leader, while Lynnazo Finlayson, 23, has been named deputy leader and shadow minister of youth and education.

During a press conference at the British Colonial Hilton yesterday to announced its launch, Smith said he intends to contest the Pinewood seat and Free National Movement (FNM) MP Reuben Rahming in the next election.

According to Smith, the party will run a full slate of candidates in the next general election except in Englerston.

He said Englerston MP Glenys Hanna-Martin has represented the community well and the JLP sees no need to contest her representation.

“It is our view that Mrs Hanna-Martin has demonstrated over the years that she is a true champion for the people of her community and we see no reason why she should not continue in office,” Smith said.

“Having said that, I would also like to note that my party is in ongoing discussions with a sitting member of Parliament and we hope that this MP will join our party and run on our ticket in the next general election.”

He said the JLP will present candidates both young and more mature as it vies to be an alternative to the electorate.

The JLP will hold a voting national convention sometime next year.

He said the JLP will demonstrate its philosophical differences to the existing political parties, as an all-inclusive organization that will represent the interests of labor and young people, and ensure justice and equality for all.

Finlayson, a musical engineer and community activist, will offer for Fort Charlotte, a seat held by FNM MP Mark Humes.

He is the son of Kimlyn and Clyde Finlayson, a CR Walker Senior High School Graduate, and currently employed at Baha Mar.

He said: “I can say with full authority and full support of my generation that while our counterparts in the world are influencing change and rising to the occasion of leadership, we here in The Bahamas are lagging behind.

“But this is about to change.

“Today, we begin our new journey to lead this country through one of the most difficult periods ever.

“This era of the COVID-19 pandemic has negatively affected our world at levels of unprecedented proportions.

“We now stand at the crossroads and the youth of this nation will not follow those we have no faith in. We demand authentic, genuine and honest leadership.”

He added: “We want to tap the reset button for this nation.

“For far too long we have ignored the needs of our people.”

It was pointed out that third parties have traditionally been unsuccessful in general elections.

The Democratic Nation Alliance (DNA), which formed in 2011, has failed to secure a seat in the House.

But Smith said the Bahamian people have voted out administrations after one term in the past two decades, hoping one of the two main parties will bring about needed change.

He said the electorate has been disappointed each time and he believes it is ready to choose an alternative.

“This time, I invite my fellow Bahamians to come with labor.

“Our government will focus our attention on ensuring equality and justice for all citizens.”

According to Smith, the party has plans to tackle illegal immigration in The Bahamas and has an overall economic platform that it will present at its national conference.

He also said that if successful in becoming the government, the JLP will introduce a strict code of conduct for parliamentarians and two-term limits for prime ministers, and appoint a commission to make recommendations on how proceeds from natural resources can be fairly distributed.

“The loose talk, the lies and the conspiracy theories will be put to rest with the public commission’s report,” Smith said.

The JLP is the latest party to launch in recent months.

The Bahamas Democratic Movement (BDM) and its leader Cassius Stuart, a former FNM candidate for Bamboo Town, launched in October.

The BDM has said it will run a full slate of candidates and has a 40-year vision plan for The Bahamas.