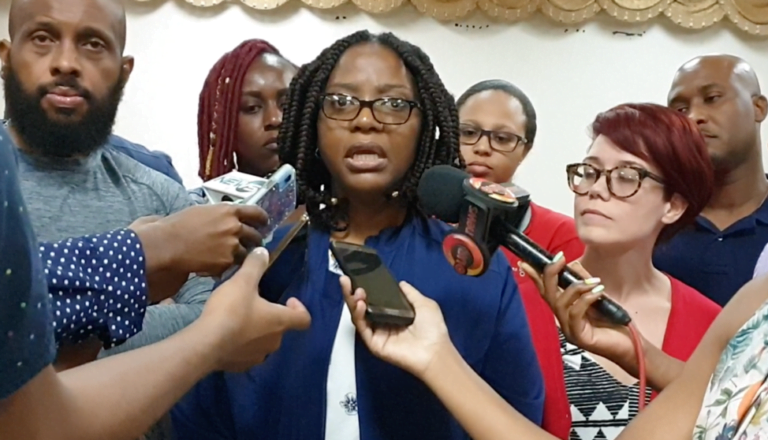 PMH, Rand, Sandilands limited to emergency services as a result

There was a shutdown of significant services at Princess Margaret Hospital (PMH), the Rand Memorial Hospital in Grand Bahama, among other public health facilities, as a result of the action.

The Public Hospitals Authority (PHA) said only emergency services would be accommodated.

On Wednesday, junior doctors withdrew services, citing the PHA and Ministry of Health’s failure to address their long-standing concerns surrounding holiday pay, which the union said members have been owed since 2014.

According to Bassett, the PHA proposed five installments when funds were available, an arrangement the union said was unacceptable.

Yesterday, Bassett clarified following a union meeting that the action was not solely about money, but a matter of principle.

Minister of Health Dr. Duane Sands told Eyewitness NewsWednesday that the PHA recognizes the need to pay doctors for holidays worked, but there were issues figuring out who actually worked on a given holiday.

But Bassett said there was a system in place for doctors to log the holidays worked on forms that could be submitted, but she claimed the PHA discontinued the process.

“The PHA made the decision that they don’t want to use those forms anymore,” she said. “I don’t think that those issues are ours. That was agreed upon. That was the policy that was in place and to just simply say, ‘I don’t want to use that anymore, you’ve got to do something else’, is not fair to us.”

When asked when the junior doctors planned to resume services given the impact on the healthcare system, Bassett said as soon as the issues are resolved.

Acknowledging the impact of the action, the union president said there are processes in place in the event of hospital emergencies.

“We get a call to say we need a physician here; we make the change and make sure they show up,” she said. “So, were not putting the public at risk. We are fighting feverishly to bring this to an end so people can rest well at night and not have this overshadowing them.”

Additionally, Bassett said that on top of the holiday issues there are various concerns, including the discontinuation of intern housing, one-year contracts for doctors, and proper rest space for on-call doctors in Grand Bahama.

She added that the union has been trying to gain the right to represent dentists as well.

Asked about future meetings with executives on the issues, Bassett revealed that she had a favorable meeting with the Prime Minister Dr. Hubert Minnis on Wednesday.

The union is expected to meet the PHA and Sands on Monday.

Bassett said the outcome of those meetings will determine when junior doctors return to work.