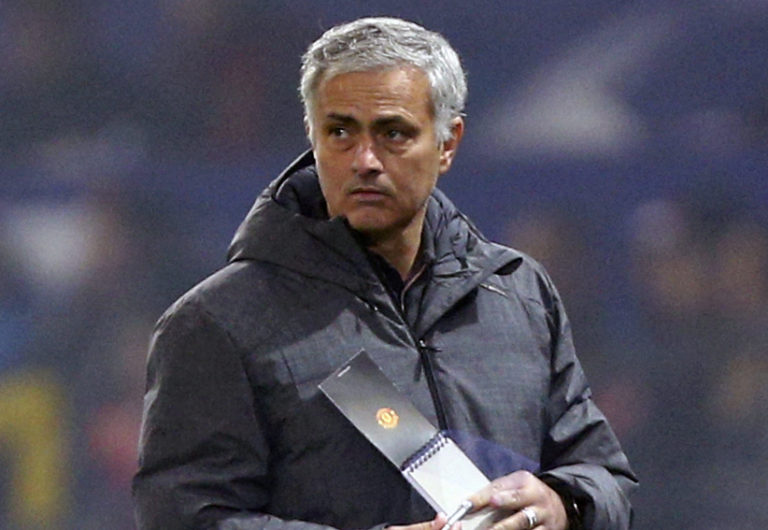 FILE - In this Tuesday, Oct. 31, 2017 file photo, Manchester United coach Jose Mourinho looks on during their Champions League group A soccer match against Benfica, at Old Trafford, in Manchester, England. Jose Mourinho has extended his contract at Manchester United, tying him to the Premier League club until at least 2020. United announced the new deal for its manager on Thursday, Jan. 25, 2018. (AP Photo/Dave Thompson, file)

Jose Mourinho believes he is laying the foundations for a sustained period of success at Manchester United, and he now plans to stay even longer.

The manager, who succeeded Louis van Gaal in 2016 on a three-year deal, signed a new contract on Thursday through 2020.

“I am delighted they feel and trust that I am the right manager for this great club for the foreseeable future,” said Mourinho, who also has an option to stay for a further year under the terms of the new contract.

In his first season in charge, the Portuguese coach won the League Cup, the Europa League and Community Shield.

“We have set very high standards — winning three trophies in one season— but those are the standards I expect my teams to aim for,” Mourinho said. “We are creating the conditions for a brilliant and successful future for Manchester United.”

United is still in realistic contention for two trophies this campaign — the FA Cup and Champions League — but the next task is to mount a credible Premier League title challenge.

Although United is second in the standings, Manchester City is 12 points in front. United has not won the league since Alex Ferguson retired in 2013 after delivering a record-extending 20th English title.

“Jose has already achieved a great deal as Manchester United manager and I am delighted that he has agreed to extend his commitment until at least 2020,” vice chairman Ed Woodward said. “His work rate and professionalism are exceptional and he has embraced the club’s desire to promote top quality young players to the first team.

“He has brought an energy and a sense of purpose to everything that he does and I am sure that will continue to bring results for the fans and the club.”

Mourinho is a two-time Champions League winner, with FC Porto and Inter Milan. He has won eight league titles since 2002 across four countries (Portugal, England, Italy and Spain), three of them coming in the Premier League with Chelsea.