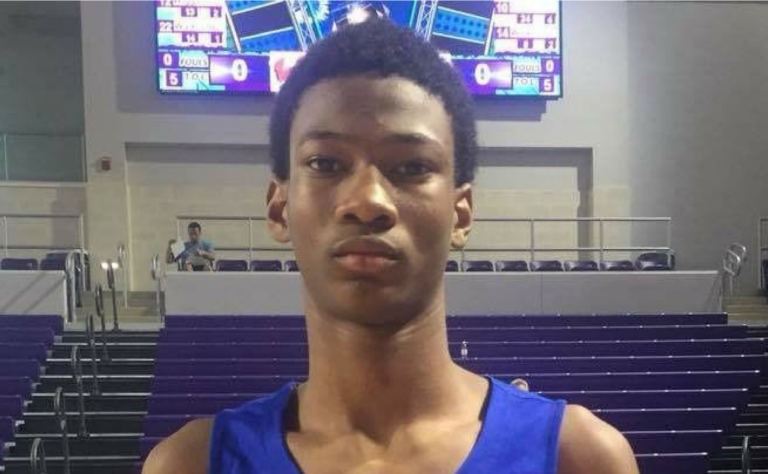 Kai Jones has made waves on the grassroots basketball scene with his play at the National Basketball Association (NBA) Global Camp in Treviso, Italy this month, and as a result, several National Collegiate Athletic Association (NCAA) Division I schools have made official offers to the 6’10” forward.

Jones, who was relatively unknown in the United States (U.S.) up until April, has received 10 offers over the course of the last two months from the University of Illinois, University of Mississippi, University of South Florida, Georgetown, Rhode Island, Little Rock, Old Dominion, Virginia Commonwealth University, Florida Gulf Coast and Buffalo.

Draft Express representative Jonathan Givony said that Jones was by far one of the best prospects at the  NBA Global Camp.

“Kai Jones from The Bahamas is definitely making a name for himself at the NBA Global Camp in Treviso,” he said.

“He has almost no online footprint in the U.S. but looks like one of the best long-term prospects here. Long and athletic, can handle, shoot and has terrific defensive instincts.”

Prior to last year, Jones played very little experience playing organized basketball. Despite his inexperience, he was also one of the top prospects at the NBA’s Basketball Without Borders program in The Bahamas last summer.

In an effort to boost his stock even more in his senior year, Jones is transferring to the Brewster Academy in Wolfeboro, New Hampshire.

Eleven Brewster alumni have played in the NBA, while 50+ others have had professional careers in leagues around the world, including the NBA G League.