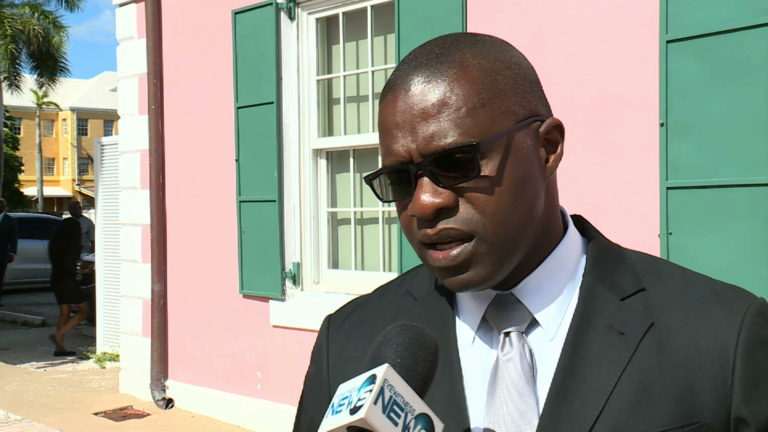 Demolition of unregulated structures in The Farm expected to continue today

NASSAU, BAHAMAS — Minister of Immigration Elsworth Johnson said yesterday that the government’s decision to demolish the shantytown in The Farm, Abaco, is in the best interest of The Bahamas, notwithstanding appeals from the United Nations to forgoe the destruction of the homes in the community.

“The work being done is fully in keeping with the laws of The Bahamas as a sovereign and democratic country,” Johnson told Eyewitness News.

“The laws that are being applied I think are internationally accepted in terms of how persons should live and construct houses. If you go almost anywhere around the world there are regulations and rules to construct housing suitable for human habitation.

“It is surprising nothing is said about those persons who are in the process of constructing —and this is a problem that we face nationally — and those who intend to construct.”

Last week, United Nations human rights experts called on The Bahamas to halt planned demolitions of approximately 600 homes at two unregulated settlements known as the Farm and the Farm Road in Abaco.

The experts cited health and humanitarian concerns that “the community of largely Haitian descendants and migrants numbering up to 2,000 people, including many women and children, are at serious risk of becoming homeless as a result of the clearance expected to take place today”.

The government is expected to tear down those structures today.

Final eviction notices were affixed to homes in English and Creole last week.

According to Johnson, The Bahamas has done a very good job at applying its laws.

He said the government and its agencies continue to do what is best in the interest of The Bahamas and to protect the fundamental rights and dignity of individuals.

He said it was surprising, however, that the UN said nothing about the conditions in Haiti, which “create the propensity for loving people to move from their country”.

He continued: “Nothing is said about those persons who assist them to come. I think we have been doing a phenomenal job in terms of a small country having to face the ravages of COVID-19, climate change for which the world agrees, third world countries like The Bahamas are not responsible for. But we are the recipients of the devastating effect of it and we saw that with Hurricane Dorian.”

The minister also pointed to the government’s resources, fiscal constraints and budgetary obligations that must be met.

“We are now faced with housing, healthcare, school and providing social welfare and needs of everybody who finds themselves within The Bahamas,” Johnson said.

“…And so, I would have wanted to have heard that if we were in breach of any laws, then we review that, but I think we have to continue as a sovereign country to apply our laws to say to all and sundry this is how we must build.”

He said while some Family Islanders complain about an inability to get Crown Land, there are those who enter The Bahamas and simply construct homes.

He called the longstanding situation untenable, echoing sentiments of Minister of Public Works Desmond Bannister, who has promised to resolve the shantytown matter.

“We are in a very difficult situation and we have to do what is in the best interest of The Bahamas, and those persons who live there, and that includes every woman, man, child, boy and girl,” Johnson said.

Asked about the displacement of the residents, whose homes are destroyed — a recurring element of the demolition exercise, Johnson said almost every day Bahamians face being put out of homes by the court for failed payments, or failure to meet mortgage obligations.

The Privy Council, our very highest court, has said when you go and build, whether you build on private or government property and you build there without proper authority, not owning the land where you build, you do it to your own disadvantage,” Johnson added.

“And you cannot force anybody when they come to say — not just the property, but what you have constructed — does not belong to you. And a lot of these people understand this. This is the law of the land.”

Finally a Minister with some backbone! I commend you sir! Keep up the good work! We must not stoop to Haiti’s level to suit it people! Every Bahamian have to pay for their land and must build houses to the standard building code, so should they!!!!

Very well said Minister, awesome Lecture of explanation for him who have an ear to hear let him hear clearly, what the order of the day is in this country.
God isn’t slack concerning his promises, so we are to be likewise I also think we should have a band on the amount of emergrant that the country can intake, and you need to mindful that they are breeding children much more than behemian people, this can bring about over populaed that can lead to over throw in our own country.
And the same thing is true where as they should only be able to have a certain amount of children
In a forgien country, I think we operated to slack in the Bahamas..
Minister you are the second person other than Lofters Rocker who take a strong stand to speak on behalf of the unsatified behemian people… Don’t you think we have helped enough, we are very near to being out number by all frogieners in this country.
We are now crying Help Help.

Continue to rid the Country of these illegally erected structures done by illegal migrants who do not comply with the laws of our country. We as Bahamians have allowed this problem to remain unresolved for far too long. Good job Bahamas Government.