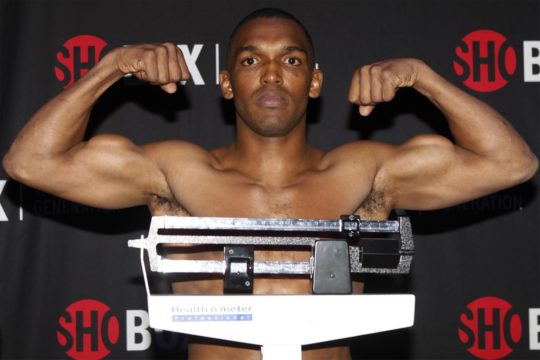 Middleweight fighter Tureano Johnson learned who his next opponent will be over the weekend.

Johnson, 34, will face off against Canadian David Lemieux on the December 15 Madison Square Garden card. This will be Lemieux’s first fight since winning a title eliminator on September 15 against Gary O’ Sullivan. As for Johnson, it will be his first fight in well over a year.

After losing his last fight against Sergiy Derevyanchenko in a title eliminator in 2017, Johnson has been inactive for the past 16 months, and as a result, he finds himself unranked in the WBA, IBF, WBO and WBC middleweight rankings.

In a recent interview with Eyewitness Sports, Johnson said he is in a good space mentally despite dealing with the loss and several injuries over the past few months. He added that he is ready to climb back up the division rankings with the hope of gaining a title shot in the very near future.