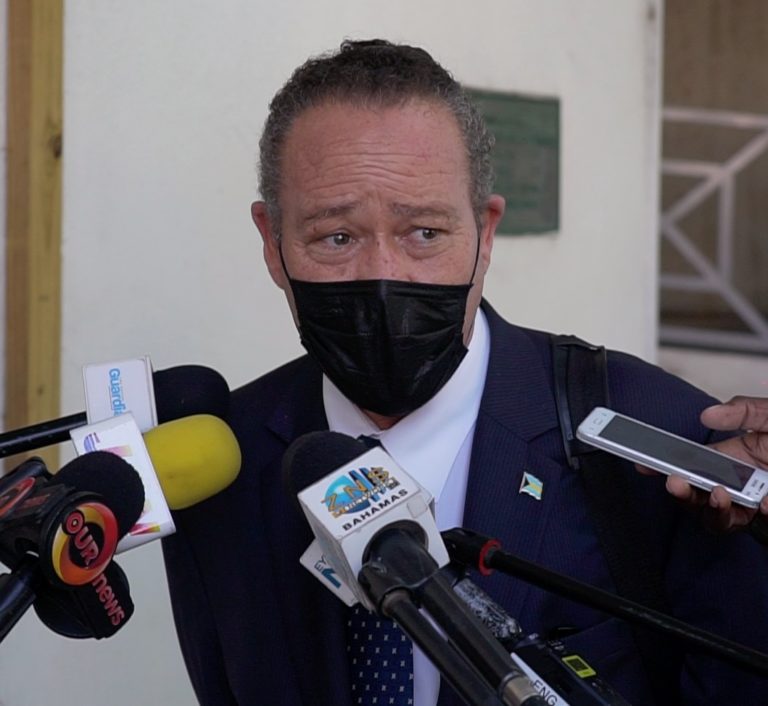 “What justice do I get as a daddy?”

NASSAU, BAHAMAS — Attorney General Carl Bethel said yesterday his office is looking into reports of a man sentenced with a “slap on the wrist” after being found guilty of the indecent assault of a 14-year-old girl.

In a recent court case, Dennis Clarke, a bus driver, was fined $200 or one month in prison by Magistrate Ambrose Armbrister for an incident that reportedly occurred in October 2019.

Speaking to Eyewitness News, Bethel said he has seen the reports regarding the issue and is having discussions about it.

He opted not to comment further on the matter.

Lamont Rolle, 40, the father of the teenager, appeared as a guest on “Beyond the Headlines” with host Clint Watson on Tuesday and cried shame on the justice system for what he said they have put his daughter through.

He said he decided to speak out because he believes “a female should have the choice, when she reaches the rightful age, for anybody to touch her”.

Rolle recalled that on the day in question, he put his 14-year-old daughter on the bus so she could go to school and paid the bus fare directly to the driver.

He said 10 to 15 minutes after he left her, he received a call from his mother from the South Beach police station, who told him that he needed to come right away because “some bus driver put his hand under her skirt”.

Rolle said he waited until the bus came back around on its route and approached the bus driver about the matter.

He admitted to physically attacking the man after the driver said to him “let’s reason” and was later arrested for assault — charges that have since been dropped.

Rolle said his family was not told about the court hearing and did not know about the sentencing until they saw it on social media.

“I didn’t get a phone call from the prosecution or the judicial system,” he said.

“…What justice do I get as a daddy?

“I don’t want to take up being a vigilante or use violence because I would leave my daughters out there to suffer. But mentally, what you want me to do as a daddy who looking out for my three daughters?

He continued: “As a parent, it takes a nation to grow up a child, but what I looking at is this means a drug dealer or a murderer is more susceptible to going to prison than these sex offenders.

“I don’t know what the judicial system putting in their minds mentally, but it seems to me you could go around, sexually harass females, physically harm them, and nothing comes out of it.”

Rolle added that while he tries to assure his daughter that he has her back, he continues to struggle because he doesn’t know how else to comfort her.

Women United, a coalition of women affiliated with civil, private and political sectors of the society, has called for the judicial system to enforce mandatory imprisonment for sexual offences in the country.

The organization labelled Clarke’s sentencing a “slap on the wrist” and in the face of women, insisting that “the Magistrate’s sentence does not fit the crime”.

President and CEO of the organization Prodesta Moore called on the director of public prosecutions to immediately appeal this matter and to seek more stringent sentencing.

“We also call upon all of those charged with the administration of justice — the chief magistrate, the chief justice and all judicial officers — to sentence persons to terms of imprisonment where they are convicted of sexual or domestic violence offences,” she said.

The group has also threatened to “take to the streets in peaceful protest” if their demands are not met.

According to police statistics, there was a 34 percent increase in sexual offences in 2020 involving rape, unlawful sexual intercourse and attempted rape, with the Sexual Offences Unit investigating 213 cases last year.