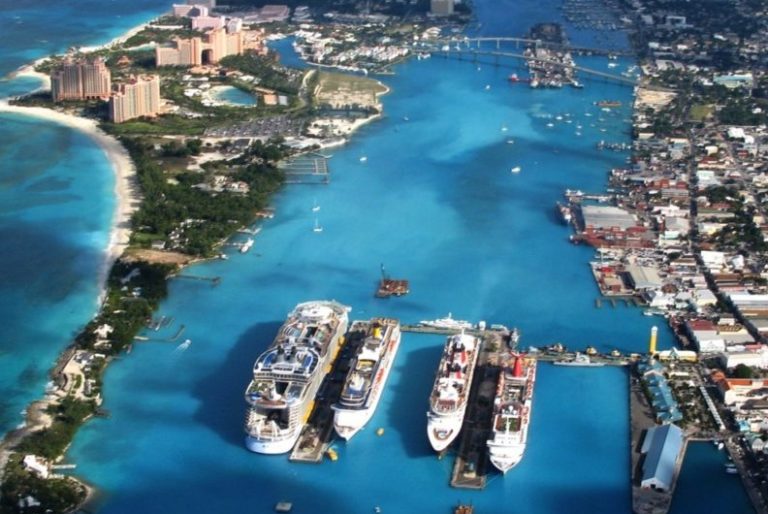 NASSAU, BAHAMAS — Three cruise companies have expressed interest in making Nassau their homeport, according to Tourism Minister Dionisio D’Aguilar, who noted that the economic implications of such a development would be significant.

During his contribution to the mid-year budget yesterday, D’Aguilar said: “Three companies have approached us about starting and ending their cruises right out there at Prince George Dock and they want to start as soon as possible.”

He added: “The economic implications of this development are significant. Cruise passengers would fly into Nassau…, naturally complying with our current health protocols, either spend a couple of nights at a local hotel here in Nassau or just proceed directly from the airport to the cruise port to board their cruise; then, they move about The Bahamas to Freeport or their private island or to other islands in The Bahama and then return to Nassau, where they can decide to extend their stay at one of our many hotels or proceed directly back to the United States via LPIA (Lynden Pindling International Airport).”

According to D’Aguilar: “The Ministry of Tourism, the Ministry of Health, the Nassau Cruise Port and NAD (Nassau Airport Development Company Ltd) are all working together to see if the arrangement can be pulled off.

“Persons who start and end their cruise in a particular destination end up spending five times more than they typically spend in a destination where they pop in for a couple of hours. So, we are anxious to make this [a] reality.”

D’Aguilar noted that cruise lines are “itching” to return to this destination, with the Nassau Cruise Port having seen a 20 percent increase in birthing requests over its 2019 “record year” in the past six months.

According to D’Aguilar, prior to the pandemic, Nassau Cruise Port received just over 3.6 million passengers annually, or 10,000 persons every day, making it one of the busiest transit cruise ports in the world.

“Cruise executives advise that they expect for the CDC (Centers for Disease Control and Prevention) to have completed their review of the protocols to resume cruises by mid-year and for revenue cruises to resume in the third quarter of 2021 or early in the fourth quarter at the very latest,” said D’Aguilar.

“The cruise companies are itching to go but the CDC is presently consumed with the vaccine rollout, which should essentially be completed by June/July of this year, allowing them to bring focus to the cruise industry.”

He noted that despite the pandemic, the order book for new cruise ships remains intact with no cancellations being received thus far.

The tourism minister further noted that the new cruise port development in Nassau is creating keen interest among the cruise companies.

To date, over $50 million has been spent on construction. The Nassau Cruise Port redevelopment offers the industry six cruise berths, three of which will be able to receive the largest ships in the world.

D’Aguilar continued: “In addition, with almost 50 Bahamian companies engaged in this project thus far, I expect hundreds of jobs for Bahamians during the construction phase of the project, especially when the building and landscaping components of the project gets underway.

“In addition, notwithstanding the Festival Place tenants, the port is currently receiving retail concepts and food and beverage concepts from Bahamian companies only.”