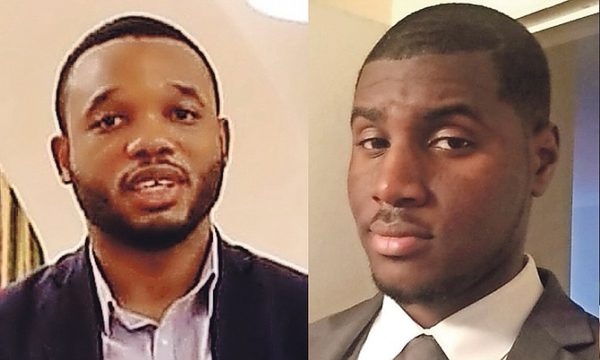 Bodies to be repatriated to The Bahamas

NASSAU, BAHAMAS – Finalized autopsy reports on the bodies of the two Bahamian men who were pulled from the Po river in Turin, Italy on June 4thand 5thconfirm that Alrae Ramsey, 29, Foreign Service Officer and Blair John, 28, a psychology Ph.D. student accidentally fell to their deaths and drowned on May 30th.

The results have ruled the duo’s death as accidental and confirm that no foul play had been uncovered.

Additional details in the report indicate that both men had alcohol in their system before somehow falling into the river.

However, the toxicology report conducted on both men indicates that alcohol levels would not have been so high as to make either of them drunk.

Investigators, in an effort to map out a timeline of events, suggest that it is possible that one of the men could have slipped into the water, or jumped, and the other would have allegedly drowned while attempting to help him.

Italian authorities said analysis is still in progress to confirm additional details about the drowning – in particular, looking for altered values in tissues which are markers of this type of death.

Now that investigators have completed the preliminary rounds of investigations, additional investigations will be launched into determining why both men ended up in the river and exactly which area they had fallen from.

Both bodies have been cleared by international authorities to be repatriated to The Bahamas, according to the foreign affairs ministry.

The Ministry of Foreign Affairs confirmed Wednesday that its foreign service officer is currently in Turin and is working assiduously with funeral homes in Turin and Nassau to have the bodies repatriated as quickly as possible.

Eyewitness News Online reached out to the families of both Ramsey and John for comment on the latest findings released by Italian investigators, but both were unwilling to grant interviews.