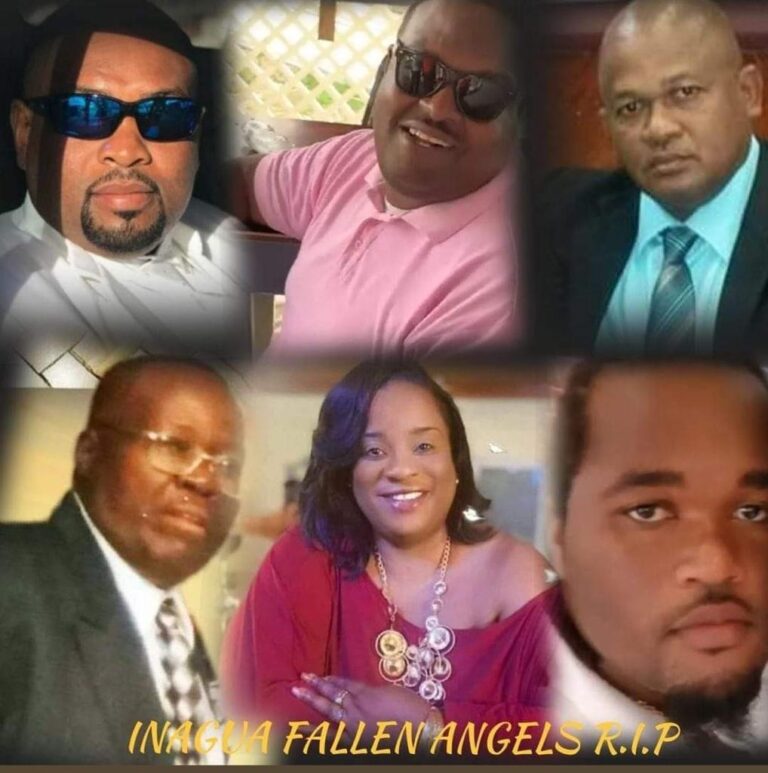 “On the island, everybody feels the death of the person… If it hasn’t impacted you yet, it will impact you in some way”

NASSAU, BAHAMAS — Residents on Inagua are mourning the sixth person from the island to succumb to COVID-19 symptoms, with relatives and family members warning others that they could also be impacted if they are not careful.

Toveldo Wellington Ellis, 40, who passed away on Sunday at Princess Margaret Hospital (PMH) on New Providence, became the latest COVID-19 death to hit the island.

Ellis joined the list of others who also perished in the latest outbreak, including Brian Adderley, Dawson Bain, Phill Cox, Tramane Bain and Josette Pinder.

Giovanni Hanchell, who said he is Ellis’ cousin, insisted that the island needs more restrictions to get the recent outbreak under control.

In an interview with Eyewitness News, Hanchell described his cousin as a “loving, kind, compassionate and helpful person”.

He said Ellis was “a family man, a God-fearing man and an overall nice person” who will always be missed.

Hanchell warned residents who may not have been impacted by the virus as yet to take the necessary precautions to protect themselves and their families.

“It will not hurt you or impact you until it reaches your doorsteps,” he said.

“On the island, everybody feels the death of the person… If it hasn’t impacted you yet, it will impact you in some way, some form and some fashion. Just be protected, guard yourself [and] practice safeness.”

Hanchell said the recent deaths have taken a toll on the island and Inaguans at large.

“We are doing our best to try to regroup and try to just come back from what’s going on,” he said

“We have never experienced anything with such large deaths in such a short time. We are dealing with it with the help of God.

“…If the government locked Inagua down, it may have helped in a way.”

Hanchell noted that while the majority of residents do follow health protocols, there are others who “like to break the law”.

“I feel like more restrictions will help us out, but if it cannot be administered at this time, then we just have to do what we have to do by ourselves,” he said.

The Inagua resident urged his fellow islanders to follow the protocols or get vaccinated.

“Get vaccinated and be very careful because this is a deadly disease; it comes to steal, kill and destroy,” Hanchell said.

“If you are not vaccinated, then you are all alone… If you don’t have to go out, just stay in.”

As of Sunday, Inagua had 50 coronavirus cases — double the 25 cases confirmed up to last month.

Officials advised that as of October 9, Inagua had 23 active cases and 34 people in quarantine. At the time, there were five people airlifted from the island for treatment.

There has been no update on the situation to date.

Inagua Island Administrator Marlon Leary yesterday once again appealed to the nearly 1,000 residents on the island to follow all COVID-19 protocols.

He noted that additional police officers have been sent to the island to assist with monitoring individuals who should be in quarantine.

He said the government also sent additional oxygen and supplies for the island’s clinic and has advised that free testing will be implemented on the island shortly.

Leary noted that since the latest outbreak, some businesses on Inagua have decided to close down for two weeks and some churches have limited in-person services.

The island administrator also indicated that in recent weeks, the appetite for vaccinations has increased, with more residents showing up to get the jab.

He offered his sincerest condolences to the families of residents who lost their lives to the deadly virus and warned others that they are not exempt from the virus’ wrath.

“Maybe it didn’t impact you, but you don’t know if it is coming to you, so protect yourself, practice all of the safety protocols,” Leary said.

Oh no, if only there was a life saving vaccine they could have taken to prevent this…

All these deaths are very sad and I know these people.
For the life of me, I cannot understand why no one was treated with ivermectin or hydroxychloroquine when they first developed symptoms.
My wife and I contracted this virus and within a week of taking the medication it was gone.
I understand that the only treatment they received was vitamin sink and oxygen which is a travesty in medical care.
If you get vaccinated you can still get the virus so it seems to defeat the purpose but more importantly, we have drugs out there that have worked on millions of people and yet this was not administered. Why?