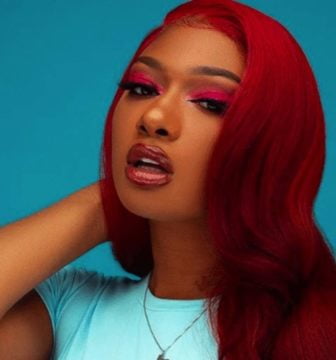 How relationships have evolved over two generations

NASSAU, BAHAMAS — Megan Thee Stallion cemented her name in rap and social media culture when she coined the phrase ‘hot girl summer’ to promote her album, and push a carefree lifestyle and attitude to empower women embracing themselves.

Following suit, influencers coined phrases such as ‘hot boy summer’, which became prevalent on social media, giving men the opportunity to display their carefree attitude; whether it be through partying, choosing to remain single and play the field or a combination of the two.

With so many new accepted forms of “freedom” when it comes to relationships, this journalist was curious to answer and important question among the peer generation of those between the datable ages and 22.

Who is using these new forms of freedom and do they feel these nuance relationships control dating habits?

In a mission to answer that overarching question, four members of generation ‘Z’ were interviewed to gauge their opinions on dating and what they feel is collectively being done right and wrong in relationships.

To offer some context and for comparative purposes, two members of generation ‘y’ (millennials) were also included in this survey on sorts to juxtapose their views of dating today.

We do not thoroughly date anymore. A lot of Bahamian guys are misinformed on what a date [is] considered, and how to court a girl, and [have] a relationship with her exclusively. And we [as females] make ourselves very accessible, and we don’t make guys go through hurdles anymore.

Can you speak to the young ladies about what they’re doing right or wrong in relationships?

I know this sounds crazy, but we’re turning delusional. We legit will settle with a specific male and paint this picture to our friends [that] this guy is taking care of our heart, but we know he doesn’t care. We try to brag about the highlights, [craving] for the fairytales we dreamed of, [but] it’s very unrealistic these days. We’re allowing relationships to validate us. If we stand our ground and keep our morals, men will have to get their act together.

A lot of our generation do have issues with commitment. Millennials and generations following have a hard time sticking through when it comes to jobs, working [etc]. Our attention spans are so short, we’re used to getting jolts of big things instead of sticking it out and focusing on longevity, so that has trickled into relationships We’re so caught up in moments; we want moments here and now, instead of sticking it out through the hard parts.”

Dating was always a big thing in the older generation. Planning things out; being able to say ‘okay, honey let’s go here next Tuesday’. A lot of times now, its just more like you feel like [going out] and it just happens. [I’m] not saying there’s anything wrong with that, but I still feel as though there’s something special in planning real romantic dates with someone.

What has been the hardest part of your relationship?

Ayanna — We have a long-distance relationship and because of that, sometimes we have communication problems, especially when we’re communicating through text. Whenever it gets [difficult] I’ll just say ‘I’ll talk to you later’ to give us both time to calm down, step away from the situation for a bit and come back, and actually communicate. We’ll both listen, hear each other out, then fix it.

Sabreo — There are [pros and] cons in all relationships. But to me, the hardest part is sometimes communication and misunderstanding.

What’s one thing you wish couples in your generations did more of, compared to previous generations?

Sabreo — Back then, I feel like they spent a lot of time together. And when I say a lot of time, [it isn’t] ‘we’re going this place or that place’. It’s old-fashioned. You go somewhere and chill out. Just genuine time because time is very important. I don’t feel like a lot of couples in this generation spend a lot of quality time.”

Ayanna — In past generations, there was a lot of chivalry. I really wish that [would happen] now. Back in the day, relationships were sweet. Like Sabreo said, we need to learn how to actually spend quality time together, rather than just going to parties. We should know how to have a fun day without even doing much.

Ayanna — I think social media is the devil. Social media creates this fairytale of what life should be and sometimes people find themselves trying to live in those fairytales and reality doesn’t meet up to those fairytales because they’re just that, fiction. Guys see these girls on Instagram with the long hair and [good] bodies and believe ‘my girl has to look like that.’ But, little do they know that’s something called weave, liposuction, and implants. So that’s the irony of it all.”

What’s your main piece of advice to young ladies?

Ayanna — Before you even think about a relationship, you have to love yourself. Don’t go searching for someone to bring you joy. It has to come from within. You have to be happy with being by yourself.

And now the millennials…

We have too much pride. Right now, you have a generation only worried about partying, drinking, taking photos (etc). That’s the problem we have right now.”

It’s not a good combination. Not everyone needs to know what you’re doing with that significant other. Keep it to yourself, [don’t] post it all over because people get envious and that stirs up a lot of confusion.

Can you speak to the young men about what they’re doing wrong in relationships?

Some of us don’t have a caring spirit. We try to reel in [a woman] to love us, but after a certain point, we start to lose interest. And that’s wrong because a woman would put all of her time into us, and we should do the same.”

A lot of people don’t understand what the term dating means. People have a Build-a-Bear concept of what they want in a partner. They refuse to accept someone’s flaws, but they want that person to accept [their flaws]. That’s one of the biggest problems with dating.

A lot of people feel that if they [aren’t posted] on social media, it’s not real. I’ve learned it’s better to keep your relationship private because you have people who are envious, and they try to start rumors. It gets messy.

The [past generations] took it seriously. They courted and built a friendship. A lot of people in our generation rushed [and] didn’t get to know the person [they’re dating].”

Can you speak to the young ladies about what they’re doing right/wrong in relationships?

Young ladies are starting to be themselves. When we were younger, people copied each other, but now, females are being their natural selves. Bu, they’re not taking the person for who they are. You shouldn’t try to change someone, just compromise

What was consistent across the board was that communication is considered of the main problems in today’s dating world. When it comes to trying to get to know someone romantically, it is extremely important to daters to communicate, take the necessary time to learn them and be prepared to accept the person, flaws and all with some compromise. If healthy and honest communication does not exist, any potential relationship is likely to be built on unstable ground — expect it to crack and breakdown.

But, no one said anyone needs to be in a relationship anyway? It is important to understand yourself before you decide to dedicate time to understanding someone else. After all, relationships are a challenge, but once quality time is invested, they can be rewarding.