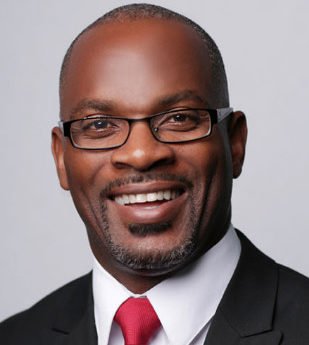 PM: Ministry of Disaster Preparedness, Management and Reconstruction created in response to “historic circumstances of this generational tragedy”

NASSAU, BAHAMAS —Prime Minister Dr. Hubert Minnis has appointed Parliamentary Secretary in the Ministry of Public Works Iram Lewis as the Minister of State for Disaster Preparedness, Management and Reconstruction, a new ministry created in the aftermath of Hurricane Dorian.

Lewis, the member of Parliament for Central Grand Bahama, is expected to be sworn in tomorrow afternoon at Government House.

During a press conference to announce the appointment, Minnis said due to the historic circumstance of a “generational tragedy”, the new ministry will help to focus and coordinate the national response for the recovery and reconstruction of Grand Bahama and Abaco – the two islands that bore the brunt of Dorian’s destruction on September 1-3.

The main body of the ministry will function as an authority, similar to the Public Hospitals Authority, and is expected to have the power and instruments to act with “great flexibility and rapidly”.

“It is critical that we remove the bureaucratic obstructions which may hinder recovery and reconstruction efforts on the ground,” Minnis said.

“Where appropriate, we will ensure applicable, regulatory reform and changes, as well as removal of unnecessary regulatory roadblocks and red tape. We must, and we will rebuild and store Grand Bahama and Abaco stronger and more resilient.”

Minnis foreshadowed that due to the unprecedented nature of the most powerful hurricane ever to strike the northern Bahamas, the government will make unprecedented changes to a number of government agencies, including the National Emergency Management Agency (NEMA).

The new ministry and NEMA will remain at the Office of the Prime Minister.

“Regardless of the photos and videos that many of us have seen, it still does no fully represent the level of devastation experienced on these islands,” Lewis said. “In order for us to restore these islands effectively and efficiently, we must work together. These assistance of all of the governmental resources, along with local professionals and our foreign partners will be needed to achieve success.”

Lewis is expected to coordinate the development of, the functioning and work of the ministry, and coordinate with the leadership of the NEMA, while the prime minister will guide larger policy objectives of the ministry; help to coordinate the full government response to Dorian; and lead efforts to seek and to promote domestic and international investments and reconstruction initiatives on the affected islands.

According to the prime minister, Lewis will also be responsible for developing plans and the construction of high capacity, reinforced hurricane shelters on high ground in vulnerable communities across the archipelago.

Additionally, the ministry will also be responsible for disaster response; relief and recovery, including the issuance of short-term contracts for necessary rescue and recovery efforts; the removal of debris and road clearance in the immediate aftermath of a disaster.

Cabinet approval will be required on all medium and long-term plans.

It will also be the ministry’s responsibility to implement and oversee the enforcement of mandatory evacuation orders, the prime minister announced.

The government plans to introduce a Disaster Preparedness and Response (Amendment) Bill, 2019, when the House of Assembly resumes on October 2.

If the proposed legislation is passed, residents in mandatory evacuation zones, who do not comply and evacuate, would be removed from their homes by peace officers and taken to shelters.

Amid questions of infringing on constitutional rights, Attorney General Carl Bethel said the government plans to strike a balance between protecting people’s lives without impeding on their constitutional freedoms. He assured that it is not the intention of the proposed legislation to arrest for the purpose of incarceration, but to temporarily prevent freedom of movement to save lives.

The bill was drafted following the Category 5 storm, which leveled communities, displaced thousands and killed at least 53 people.

Days before Dorian made landfall in Abaco, the prime minister said the government planned to introduce mandatory evacuation legislation when Parliament resumed. Despite extensive warnings to evacuate, many residents in parts of Abaco and Grand Bahama remained.

Today, the prime minister said, “I not that the government is still in the consultation stage of legislation for these proposed orders. No final decision has been made in terms of legislation.”