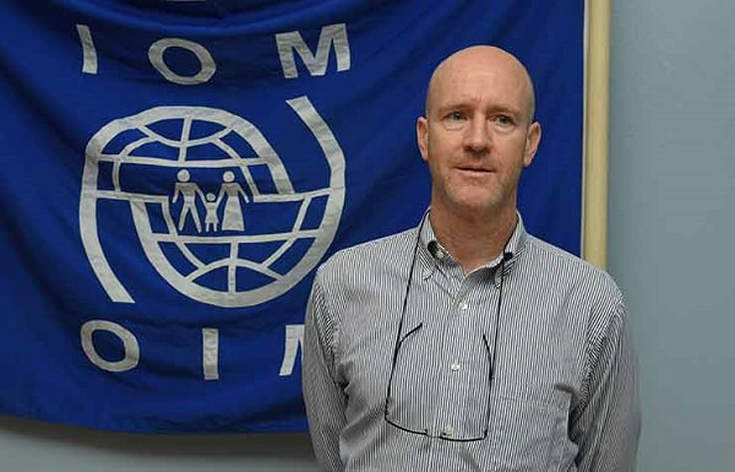 NASSAU, BAHAMAS- The International Organization for Migration (IOM) has expressed concerns over the risk of statelessness for displaced migrants in the wake of Hurricane Dorian.

Regional Coordination Officer for the Caribbean Robert Natiello said the widespread loss of documentation due to the deadly Category 5 storm has exacerbated risks given the government’s recent statements on repatriations.

Natiello said the agency was also concerned by xenophobic discourse, which he noted was not unique to The Bahamas as migrants are easy targets globally.

His comments followed recent warnings by Prime Minister Dr Hubert Minnis for “illegals” to go leave the country or be forced to leave.

“We try to make people aware that migrants contribute to society more than they take away from society,” Natiello said.

“Some people claim they are a drain on society, and they use our resources. As for the word ‘illegal’, I know it’s a word used there a lot.

“We don’t like to say people are illegal, and the use of that word illegal contributes to the sort of hysteria and xenophobia.

“We try to explain the sort of subtle semantics of why we shouldn’t use that word because in the end these people are human beings,” Natiello said.

“We are always concerned by xenophobic discourse. We believe that migrants contribute to the economy even when they have an irregular status.”

The IOM recent launched a $10 million funding appeal for Hurricane Dorian relief operations in The Bahamas.

The agency has identified people displaced from Haitian communities as a vulnerable population.

Its appeal highlighted a 2018 needs assessment on Migration Governance that stated 25 % of the national population of the Bahamas are Haitian nationals – including both regular and irregular migrants.

The appeal further claims Haitian migrants, as well as documented migrants and Bahamians of Haitian descent, fear arrest and deportation after losing documents in the storm.

Wegdam said the government’s recent pronouncements about repatriations appeared counterproductive given the large need for workers.

“Illegal or not, in the affected populations there were a lot of craftsman. In the Peas and in the Mudd we saw there were contractor grade tools there, so there are skilled people there.”

He said: “That looks a bit counterproductive to force people out when they could be a valuable resource for the reconstruction.”

For his part, Wegdam said the IOM’s role was primarily to support the government with “regularization, integration of people into the labor market”.

Wegdam continued: “Maybe resettlement for people who voluntary wants it, or move them to a different islands etc.

“There are lots of alternatives that can still be discussed but let’s cool down a little bit then we can start new thinking and come up with plans that are beneficial for everyone.”