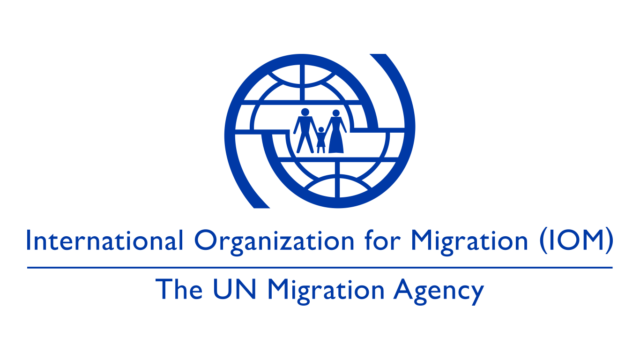 NASSAU, BAHAMAS – The International Organization for Migration (IOM) is calling on the government to investigate Haitian deportee claims of physical and sexual abuse by immigration authorities.

He also raised concerns over reports blood samples were taken from migrants without their consent.

“In this last charter, we can confirm there are some migrants with evident signs of physical abuse, and again they have a lot of stories,” said Loprete.

“Some black eyes, some bruising. We have informed our IOM colleagues in The Bahamas and we are talking with Haitian officials to see if they can send a message.”

Loprete said the UN agency will continue to screen deported migrants to determine whether there is a significant trend.

The IOM mission chief called for Bahamian officials to closely monitor the deportation process to ensure human rights are protected.

Allegations of mistreatment by Immigration authorities were highlighted in an IOM situation report dated November 5, which followed the repatriation of 105 migrants to Port-au-Prince.

“Returnees have stated that they were mistreated by immigration authorities during the proceedings,’ read the situation report.

“While all indicated verbal abuse, according to the migrants, men were mostly subject to physical abuse while women indicated instances of sexual assault by Bahamian authorities.”

At that time, Loprete said officials had no reason not to believe deportees but acknowledged there was no way to verify their claims remotely.

“We are communicating with IOM in the Bahamas and we want the authorities to first be aware because we cannot assume that there are only some officers taking advantage of the situation, or if it’s more frequent than that.

“It’s in the interest of Bahamian authorities as well to find out if this is confirmed and to take action immediately against this behavior.

“We don’t want this to be worst than this, it’s already traumatic, it’s already an experience that is marking their lives and doesn’t need to be violent or disrespectful or not dignified at all. It’s under their authority but we want to ensure migrant rights, and specifically their human rights, are fully respected.”

The UN agency said it has monitored the repatriation of 340 Haitian migrants from The Bahamas, most of whom indicated they were from north Haiti.

Of the repatriated migrants, the IOM said 153 were interviewed by the Haitian National Office of Migration (ONM) upon their arrival at the Port-au-Prince and Cap-Haitian airports.

Last week, a group of 56 Haitian migrants were charged and convicted for illegal landing in Long Island.

Of that group, ten “repeat offenders” were remanded to the Department of Correctional Services for one year in addition to a $3,000 fine.

Yesterday, Loprete said this was the “worst possible situation” for migrants, whom he stressed should not be criminalized or incarcerated.

In an interview with Eyewitness News Online, Loprete said deported migrants have also confirmed an increase in negative behavior against Haitians “in the streets”.

“We know that’s the situation, we understand that this is increasingly frequent and even more concerning for us because there are thousands of migrants that are still there and they won’t be repatriated anytime soon.

“So if the situation goes overboard with the discrimination, and negative narrative against migrants – Haitian migrants in particular – that is something that will greatly affect their lives there even more.

Loprete added: “If it becomes violent, not verbal discrimination but physical impact.”

Mr loprete you have so much to say , why don’t you go back to Haiti with the IOM the UN and every Haitian complaining and come together and organize a meeting to come up with ideas on how to make Haiti prosper, and stop the violence in Haiti so the people would want to stay there . Then find a way to stop the over population, the country is not doing well so the women needs to find alternative ways for preventing pregnancy. 11 million people in Haiti and its hard to find money and food, so something has to be done with that. But the Bahamian has had enough of the Haitians complaining. No other country has more Haitian then as in the world . You cannot expect to come illegal and get the same treatment as a Bahamian citizen. So the Haitian government need to helping the Bahamian government with plane tickets to send the Haitians back home , because it’s costing $25.000 each time they fly back on Bahamas Air.