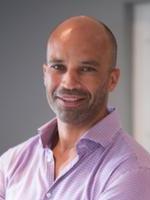 NASSAU, BAHAMAS — A Bahamian developer yesterday lauded the investor approval process as “the best I’ve seen so far”, telling Eyewitness News, “We can’t afford to do what we did before”.

Jason Kinsale, the developer behind properties such as Balmoral, ONE Cable Beach, and Thirty|Six on Paradise Island told Eyewitness News, “I have to say (they) have been very responsive. There have been delays in the past but they have been quite proactive. It’s refreshing to see a response in a timely fashion, getting return calls quickly. I don’t think we can afford to do what we did before. It’s not going to work now. That game is done. To be totally honest it’s the best I’ve ever seen so far. ”

Despite the fall-out from the COVID-19 pandemic, Kinsale noted there remains a significant opportunity for this nation to attract foreign direct investment (FDI).

“At the end of the day, we have to provide a compelling offer. There’s a lot of competition now. The Bahamas has to make immigration easy. We have to look at being able to update permanent residency in a matter of weeks instead of months or years. I think the government realizes that it has to make things happen and I’ve seen that response as well,” said Kinsale.

He continued, “What I have seen everywhere is that everyone is moving ahead cautiously. You’re seeing an exodus out of the big cities into and that is where I think The Bahamas can benefit. People do not want to be in cities especially when winter is coming. They want to be on the beach, close to the water, and be able to get outside regularly. We offer those things in The Bahamas and we just have to sell ourselves in a responsible way.”

Aristo Development has announced that it will break ground on its new $105 million Aqualina luxury oceanfront condominiums on Cable Beach in Spring 2021. Five of the 27 units are already under contract with the greatest interest coming out of the US.

Kinsale said, “The project is a bit more conservative. It’s only 27 units, not a massive project, a single-phase project. We’ve validated the location and price.”

The Economic Recovery Committee (ERC) in its recently released executive summary report has recommended the reintroduction of a policy for expedited processing of economic permanent residency applications where a high-value residence/investment is supporting the application.

The committee has also recommended an increase in permanent residency fees in an effort to generate additional government revenue.

“Such a fee increase should be accompanied by a review of the approval process to identify opportunities for efficiency gains and a stipulation/guaranteed processing time of 90-days from the date of submission of a completed application,” the committee has recommended. It has also recommended speeding up permanent residency status with an FDI project as a way of attracting foreign currency to The Bahamas.”