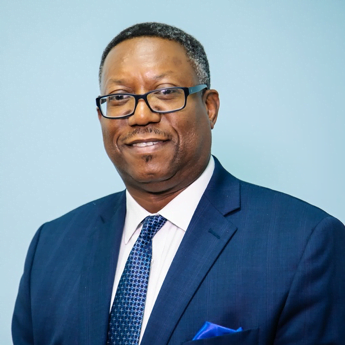 Less than two weeks after Investar Securities Ltd. announced that initial inquiries into its Titan Funds offering “exceeded all expectation,” the firm revealed on Wednesday that it will open a second office in Grand Bahama to meet demand for shares in the B-dollar investment funds first offered to the public June 3.

“We have moved the date forward for introducing Titan Funds in the Family Islands due to the high level of interest we are seeing, particularly in the Titan Balanced Fund,” said Ansel Watson, President & CEO of Investar Securities Ltd. “We believe interest was piqued because the Titan Fund is the first to include participation in the revenue from the highly successful Island Luck gaming and entertainment enterprise. Combining interests in Island Luck along with government bonds, and long-term government leased rea estate that has been until this time privately-held has lent a sense of excitement to the Titan Balanced Fund.”

Watson agreed the price also added to the appeal and interest.

“So here you have a fund that has a huge buzz around it and shares are available at $5 or a minimum investment level of $500,” he said. “We are hearing from people who said they never thought of themselves as investors before. They thought that investing was for the ‘other guy.’ Now they feel part of it and that’s what makes it so special for those of us who are connected with it, making investment within reach.”

Both, according to the Investar team made up of former regulators, government advisors, accounting and legal professionals and successful businesspeople, offer attractive rates of return. The Titan Balanced Fund is projected to appreciate 7-10% annually and the Fixed Income Fund pegged at 5-7%. Both are significantly higher than comparable offerings on the Bahamian market.

According to Watson, prior to opening morning, fund developers had no way of predicting reaction, but they knew that tying the name of the Island Luck CEO Sebas Bastian would have a certain appeal.

“From the time Sebas announced the funds at a major event with top entrepreneurs the Thursday before, we were flooded with phone calls and inquiries,” said Watson. Investar said it received more than 400 inquiries in the first 48 hours.

Investar Securities has said it would take the offering to several Family Islands including Abaco, Eleuthera, Exuma, Bimini and Grand Bahama where the office will open in the East Sunrise Centre at 9 am Monday. Persons may also subscribe to the funds at Cash ‘n Go on Carmichael Road or on Rosetta Street. The funds are being managed by Leno. Prospective investors are advised to bring passport and additional photo ID, either NIB card or driver’s license and a recent utility bill.

Investar Securities Ltd. was founded to broaden access to financial services and invite a wider section of Bahamian society to participate in domestic wealth while contributing to national development and economic democratization. By tapping into latent demand in both the well-served and under-served markets, Investar continuously explores growth investment opportunities aligned with its culture of innovation, openness and trust. The firm’s Directors, CEO and management represent more than 150 years of combined regulatory, accounting, banking and corporate leadership expertise. Investar Securities Ltd. was incorporated in 2015 under The Companies Act 1992 and is regulated by the Securities Commission of The Bahamas.