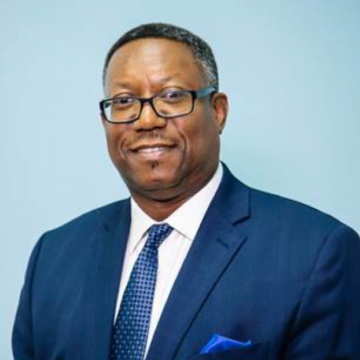 NASSAU, BAHAMAS — Investar Securities executives reported yesterday the launch of the firm’s Titan Balanced Fund “met every expectation and more,” attracting more than 1,000 investors, many of them first-time entrants into financial markets.

“We are pleased to announce that the initial offering period of the Titan Balanced Fund, which made its debut in the investment fund market in June, met and exceeded every expectation,” said Investar Securities President and CEO Ansel Watson.

During a little over a one-month period, Investar’s Titan Balanced Fund raised more than $4.5 million from individual and institutional investors, the Investar chief reported today.

“We are continuing to review the last of the initial applications for shares to ensure full compliance with KYC (know your customer) requirements,” Watson said. “But even with those few still outstanding, the response to our initial offering was everything we hoped and more. The greatest reward was seeing how many average Bahamians who never invested before felt this offer was their opportunity. The funds were marketed with the inclusive theme ‘wealth within your reach’ and it was good to see that people identified with it. Our directors deliberately chose to distinguish Titan Funds from others that are often seen as exclusively for the wealthy.”

Titan Balanced Fund shares were designed to offer opportunity for financial growth to the average Bahamian, including those who may be new to the world of investing. Shares were offered at $5 each with a minimum purchase of 100 or $500. Rate of return was projected to be between 7 and 10%, significantly higher than certificates of deposit or most other investment vehicles. The attractive earnings rate was based on high-yield assets that comprised the fund, including for the first time, shares in Playtech Systems Ltd., parent company of Island Luck. The Fund also includes properties with solid long-term government leases and corporate & government bonds. The fund manager, Leno, has the right as most fund managers do, to adjust the asset mix to maximize return at minimum risk.

Watson and a small team took the offering to Grand Bahama and the Family Islands with mixed results. Grand Bahama welcomed it with solid numbers and substantial investment applications.

“I think people in some of the settlements wanted to protect their privacy so while numbers may have been smaller than we would have liked in a few places, what we found is that after we returned to Nassau, the phone rang with lots of inquiries and a number of applications followed. Because each applicant had to prove status and residence, acquiring the KYC documentation post a Family Island trip took longer and accounted in part for the slight delay in the final tally of the first tranches of share offerings,” said Watson.

“Given that this is our first race out of the gate, we were extremely pleased with the welcome received,” said Watson. Reception for Titan Fixed Income Fund geared toward the sophisticated or institutional investor was less satisfactory.

“We believe that institutional investors were targeting the new issues in government securities that was offered recently, becoming the first such securities to be traded on BISX,” said Watson. Fixed Income Fund shares were offered at $10 with a minimum investment of $1,000 and a projected earnings rate of 5-7%. Watson said the company would review the offering.

Investors are able to buy and sell directly through Investar’s offices on East Bay Street at Deveaux, in the Bethell Estates compound or though Genesis Fund Services, 308 East Bay Street. An online subscription application process will also become available.

“We encourage long-term investment for best return. That, and the flexibility to add additional subscriptions at any time in the future, we believe, adds to the attractiveness of the offer.”