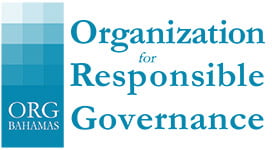 NASSAU, BAHAMAS – The private sector has a critical role to play in helping to address the country’s education and labour force deficiencies, according to local consultant, who suggested that businesses can either “invest now or pay later”.

Myers urged the government to do more to improve the level of education in the public school system “so that young adults are suitably equipped with the cognitive, social and basic skills required to meet current employment needs”

Myers said The current lack of these skills is a massive problem for the government and the private sector.

“ORG has been working in the education reform space since about 2016 formally,” Bain said.

“We recently were able to launch a few programs within our education reform platform. In September we simultaneously launched Let’s Talk Learning which is a community based reach program.

She continued: “We also  launched an apprenticeship program in conjunction with CR Walker High School. We launched a shark tank initiative designed for students to create their own student development plan. We also have an adopt a school program for teacher professional development.”

“We haven’t been talking as much about what we have been doing and we’re working to improve that,” she said.

“We believe in public private partnership and so some of what we have been doing ground work towards bringing our partners in the public sector together with private sector entities to bring about changes.

“We firmly believe in the collaboration of all these entities for success. ORG cannot do it alone and we are not.”

Bain said: “ORG has produced research on the labour skills gap. Being able to find people in the labour market who have needs and finding students who aren’t necessarily on track to graduate, create an intervention program and solve a need that exists is kind of how we function.”

She added: “One of the challenges is the owners in the private sector don’t necessarily realize the importance of their investment ahead of time and they don’t know where to invest and how to invest.

“It’s on of those things where either you invest now or pay later in training and reduced employee production and lost sales when you don’t have employees who measure up to your expectations.”

Bain noted that government must also be held accountable for providing opportunities for private sector collaboration and being more willing to disclose areas in which the private sector can invest.