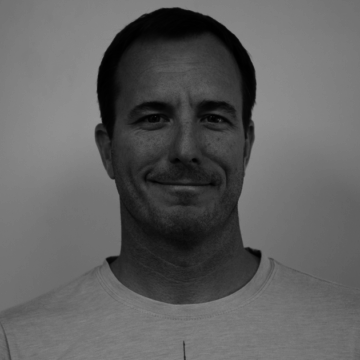 Disney says it will not move forward with project, if environmentally unsustainable

NASSAU, BAHAMAS — Renowned Fort Lauderdale-based spearfishing company Headhunter has echoed the call of local and international environmentalists who have made a last-ditched effort to avert Disney’s Cruise Lines’ plans to develop the Lighthouse Point in South Eleuthera.

In an email blast to customers, Headhunter President Brad Thornbrough expressed grave concern about one of the “most beautiful places I have seen on this planet” being developed into a cruise ship terminal.

Thornbrough said he understands how important the project could be for to The Bahamas, but suggested that there are better options and referenced MSC Cruises’ Ocean Cay project as a good example.

“Disney Cruise Lines has convinced the Bahamian government to let them sign a 50-year lease and given them permission to build a $250 million cruise ship facility; a facility that will include a .6 mile long pier, built on pristine coral reefs and will be built to handle more than a million tourists per year,” said Thornbrough, who’s team frequently fish and spearfish in Bahamian waters.

“At the heart of this email is a simple request that you help fight this development by signing this petition on chage.org website.

“In all my travels around the world to tropical countries, I can honestly say that this spit of land is one of, if not the most, breathtaking piece of unspoiled nature that I have ever seen.

“On top of that, it boasts pristine reefs and is a rich part of the local history.

“Because of the allure of this area, I have been following this development…”

Thornbrough pointed out that Disney originally planned to develop Egg Island, near Royal Island off the North Eleuthera coast and Spanish Wells, but the company did not proceed.

At the time, Disney said its decision was made based on an environmental impact assessment (EIA) and other studies.

It determined that the “environmental impact of the intended development would be too significant”.

In March, the government signed a heads of agreement with Disney for the Lighthouse Point project.

The development is expected to cost between $250 million and $400 million.

Several environmental groups launched a campaign against the project.

These included, the Waterkeeper Alliance, Waterkeepers Bahamas, Save The Bays, the Bahamas Reef Environment Education Foundation, EARTHCARE, and reEarth.

The digital campaign launched on www.stopdisney.com, outlines the concerns surrounding the multi-million dollar project and calls on supporters to “take action” and sign the petition.

The petition has gained more than 28,200 signatories in 10 days.

Amid renewed calls to abandon the project, Disney announced this month that it has always said it will only move forward with the project at Lighthouse Point, “if we can do so in an environmentally responsible manner”.

The company said that message has been shared directly with environmentalists as its own team of animal and conservation experts work closely with a qualified team of Bahamians and an experienced international firm to develop a comprehensive EIA and environmental management plan — one that aligns with “our company’s deep and longstanding commitment to the environment”.

Disney also said it remains committed to developing less than 20 percent of the property, employing sustainable building practice, including an open-trestle pier that eliminates the need to dredge a ship channel; establishing environmental monitoring programs during construction and operation; and donating more than 190 acres of the privately-owned land to the government for conservation and public use.

While acknowledging the potential impact of the project on the country’s, Thornbrough noted that the 75 percent of visitors to The Bahamas who arrive by cruise ship, contribute 11 percent to the total spending by foreign visitors.

“Most of the money spent by cruise passengers funnels back to the cruise lines, not to the local economy, so if The Bahamas wants to sell part of their country to cruise tourism that has a lower economic impact than land based tourism, why sell the most pristine and beautiful places?” he asked.

“Why not use MSC (Mediterranean Shipping Company) and their rehabilitation of Ocean Cay as an example?

“MSC took a former industrial site and is transforming it into a resort.

“They have removed garbage and scrap metal.

“They have planted 75,000 trees and shrubs and they just got government approval to create a marine reserve protected area (MPA) around the island.

“And while I am sure that the MPA will upset some non-Bahamians, this project in general has rehabbed an otherwise discarded piece of land, protected its waters, and will have very little negative impact on local access — since it is so remote — all while providing over 100 jobs for Bahamians.

“This seems like a much better use of foreign investment, as opposed to taking pristine land and reef and developing it. If Egg Island couldn’t handle [a] ‘development of that magnitude’ why is Lighthouse Point any different?”

Thornbrough called on supporters to sign the petition, noting that as Disney conducts its EIA there is “one last chance to protect this area and give Disney and opportunity to invest in improving an area of The Bahamas, instead of dismantling one”.