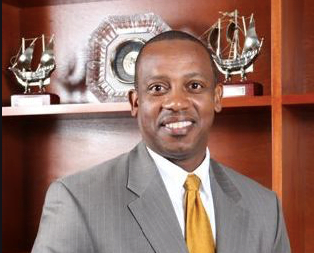 NASSAU, BAHAMAS – Insurers have settled ‘in principle’ with government over the issue of Value-Added Tax (VAT) refunds, according to Bahamas Insurance Association acting chairman Anton Sealey.

“We have settled that in principle but there are still some I’s to be dotted and T’s to be crossed before we can say it’s completed,” he said.

“In principle it has been settled. We have agreed to the terms and amounts to be paid it’s just a question of getting signed off on.”

Sealy would not disclose the amount that was agreed upon.

BIA chairman Warren Rolle had previously noted that when Value-Added Tax (VAT) was implemented in 2015, representations were made by government officials – and details shared in guidance notes by the Department of Inland Revenue (DIR) – indicating that general insurance claim settlements were deemed to be VAT inclusive.

Insurers were allowed input tax deductions to be offset against VAT collected and payable to the government.

However, Hurricane Matthew created insured losses in excess of $400 million when it struck in 2016.

Those losses resulted in substantial credits being owed to insurers as there were some who continued to offset the input tax deductions while others sought refunds from the government.

General insurers, however, received assessments from the Department of Inland Revenue indicating that a substantial portion of the input tax deduction, retroactive to 2015 was disallowed as they were claimed on non-VAT registrants.

Rolle had also warned that the issue had major implications on cash flows for general insurers, and would affect the solvency margins keenly monitored by the regulator.