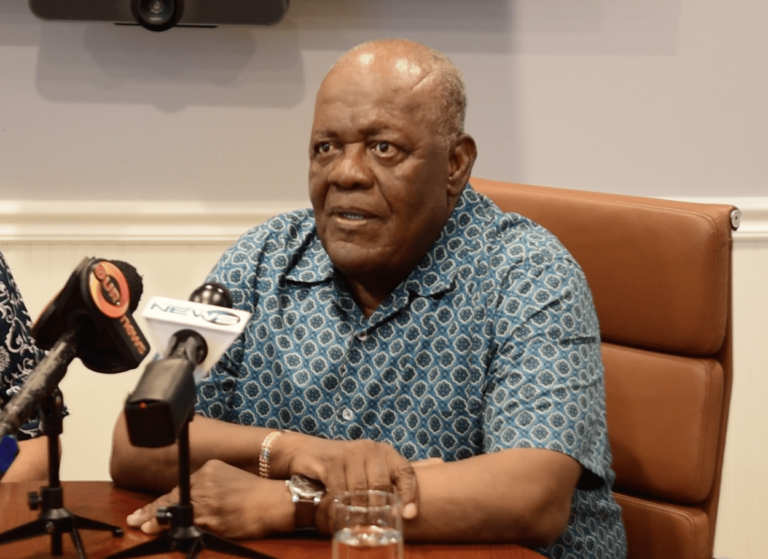 NASSAU, BAHAMAS — Former Prime Minister Hubert Ingraham, who was diagnosed with the coronavirus and admitted to Doctor’s Hospital last week, has been transferred out of the Intensive Care Unit (ICU) and could be discharged within a matter of days.

When contacted, former Minister of Health Dr Duane Sands, who has been authorized to speak on behalf of the former prime minister, told Eyewitness News: “Certainly by mid-week, he’ll likely be discharged, but he is certainly improving and making good progress.”

According to Sands, Ingraham was moved out of the ICU within the last 24 hours.

“He is making good progress.

“He is awake. He is in a good mood and looking forward to going home.”

Despite being admitted to the ICU last Tuesday, Ingraham, 73, has not needed a ventilator,

He was being treated at home initially after being diagnosed with the virus over a week ago, but his symptoms progressed Tuesday and he became “quite ill”, requiring hospitalization.

Ingraham, who represented the North Abaco constituency for eight consecutive terms and resides in Cooper’s Town, Abaco, may return home to increased restrictions following an increase of coronavirus cases on the island.

Last week, Prime Minister Dr Hubert Minnis said a medical team had mobilized to the island and recommended the island’s curfew be adjusted from 10pm to 5am to 8pm to 5am.

Abaco has recorded 21 infections in the last week.

As of Saturday, the country had recorded 8,551 confirmed cases of the virus, of which 980 cases remained active.

Another nine infections were recorded on Saturday — six on New Providence, one on Abaco, one on the Berry Islands and one case with a pending location.

A 10pm to 5am curfew stills exists on New Providence, Eleuthera and Exuma.