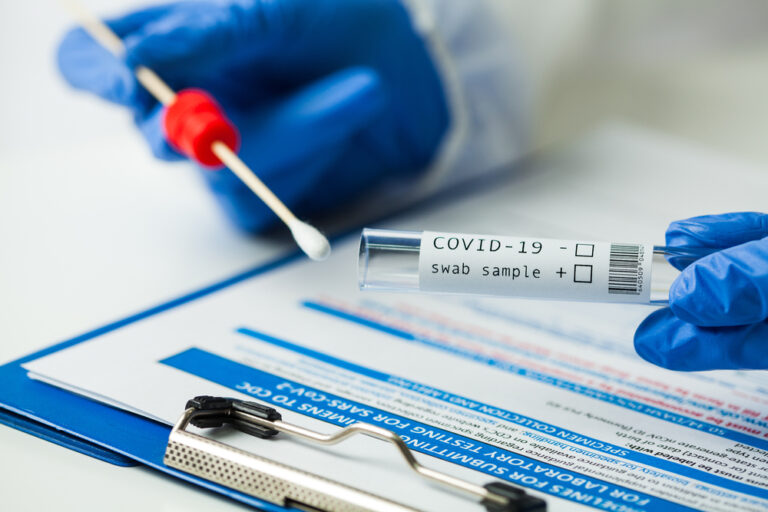 NASSAU, BAHAMAS — Former Minister of Health Dr Duane Sands has called increased RT-PCR testing amid a surge of cases in recent weeks, noting that while testing cannot stop the trajectory of the surge, it can provide a better picture of the COVID situation in The Bahamas and guide policy decisions.

The Bahamas has recorded 243 cases and five COVID-19 deaths in the last week.

Hospitalizations continue to increase, which has climbed from just over 50 earlier this month to 87.

The majority of hospitalized cases stem from New Providence, with 37 at PMH, 21 at Doctor’s Hospital, seven at the South Beach Acute Care and Referral Centre and one case at the Sandilands Rehabilitation Centre.

“I have said it before and I will say it again, we are making missteps at multiple levels, including policy,” Sands said.

Asked whether the government should reintroduce testing at the borders even with fully vaccinated individuals, Sands said: “You’ve got to make sure that you are testing.

“And the mode of testing and the level of testing; it turns out the impact on outbreaks hasn’t been as significant as we had hoped. It allows you to determine where you are, but in terms of modifying the trajectory of the outbreak, it hasn’t been.”

He continued: “Hopefully, we will listen. If you look at the prediction of deaths, once you are mechanically ventilated, 40 percent or 50 percent of those people are predicted to die”

Prime Minister Dr Hubert Minnis is expected to give a national address on Sunday, focused on public health measures.

The Ministry of Health confirmed the five deaths and another 67 infections on Wednesday.

These included three men and two men, ages 37 through 76, who died between Sunday and Tuesday.

Two of the men were from Bimini and Exuma respectively.

The remaining cases were from New Providence.

Of the new cases, there were 55 on New Providence, six on Grand Bahama, four on Exuma, and two on Bimini.

One case that was reported on Long Island was reclassified as a case on Exuma.

A look at COVID-19 testing, shows the government and private sector have administered 115,525 PCR tests since the onset of the pandemic, with 917 tests performed since Sunday.

Based on the cases during the same period, the case positivity rate stands at 26 percent, more than five times the World Health Organization’s recommended rate of five percent for the reopening of a country.

Access to proper health care and medication is needed. Not more testing. Bahamians need to be educated on how to strengthen their immune system to fight off the virus. Our healthcare system needs to be prioritized to insure that every Bahamian inflicted with this virus is given the best care.

We need to think beyond testing and vaccines.
Testing only indicates if one has or dose not have the virus.

Vaccines are not effective enough against this virus. I know many fully vaccinated folks who still contract the virus and become dangerously ill.