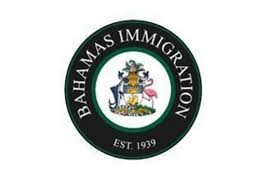 NASSAU, BAHAMAS — Immigration officers in Grand Bahama have raised alarm over exposure risks due to the handling of a COVID-19 positive migrant.

Eyewitness News understands the undocumented migrant is a 20-year-old Haitian national, who had been living in Eight Mile Rock since March.

The migrant was reportedly apprehended by the US Coast Guard and was turned over to Bahamian authorities on July 5, and tested for the virus the following day.

Yesterday, Deron Brooks, Vice President of The Bahamas Customs and Immigration Allied Workers Union (BCIAWU), said more than a dozen Immigration officers have been potentially exposed while the migrant remains at the C A Smith building.

Brooks said the migrant is being held in a cell with other migrants who are awaiting repatriation, noting the government complex also housed several other agencies.

“[Immigration officers] have a legitimate concern but I think our employers need to have an action plan and I don’t know that they have one,” Brooks said.

“I think this was an eventuality that should have been considered given the nature of the global environment and I’m not at all sure that they sufficiently planned for it.”

Brooks said his members are demanding to be recognized as frontline workers and afforded benefits similar to doctors and nurses.

Calls placed to Dr Frank Bartlett, head of the island’s COVID-19 task force, were not returned up to press time.

“The fact that those persons were brought to our country by the US Coast Guard is nothing new. What is new is officers now have to detain a person that has tested positive in a place that was not designed for that, and the department was not prepared for this eventuality.

Brooks said: “It’s a mammoth’s task something the average person could only imagine. They are under a lot of pressure right now. They were told they have to self-quarantine, the Ministry of Health told them that they cannot test them as yet.

“The officers would like to know for peace of mind and safety of their families, if they go home to their families they don’t know what they will take with them. The next concern is that if they have to self quarantine, some of their residences are not conducive to that.”

Eyewitness News understands the department is preparing to repatriate 34 Haitian migrants on Monday.

Yesterday, Brooks said the COVID-19 positive migrant was not being detained in isolation.

“He’s not in there alone because we don’t have the space for that,” he said.

“What’s going on now we have not anticipated or they had not anticipated it happening the way it did. When we get people in, we try to make arrangements tp quickly to get them into Nassau. But in this instance, you can’t take them into population of New Providence and expose other officers and so what they are trying to do is fly them from Freeport straight to Haiti.”

Brooks is currently posted in Bimini; however, he noted several union officials have inspected the building like Commonwealth of the Bahamas Trade Union Congress vice president, Kirk Russell.

Yesterday, Russell said he was told the migrant was also taken to court for a hearing on Monday.

Moving forward, he said the congress has recommended officials consider virtual hearings for all detainees.